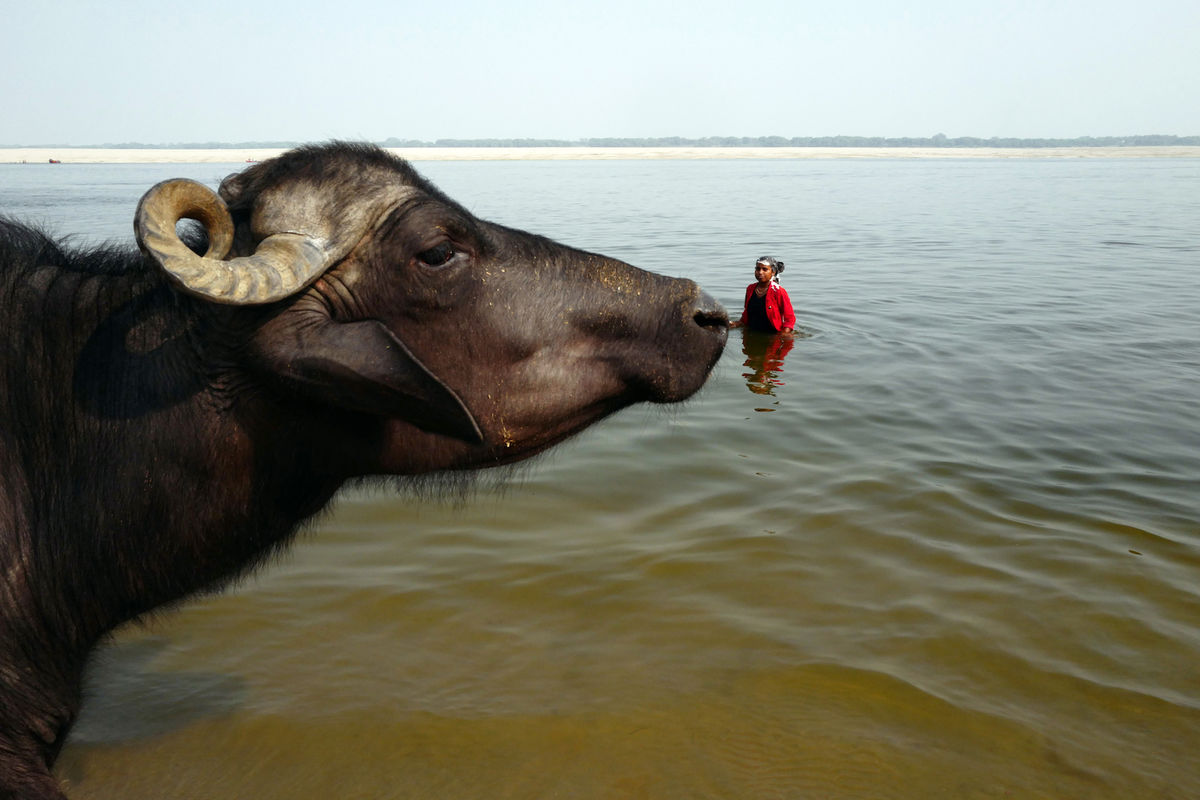 Soul of the Ganges | Every 12 years, throngs of Indians flock to Allahabad, for the the largest congregation of people in human history: the Kumbh Mela. This sacred city, where the Ganges and Yamuna rivers converge, together with the mythical Sarasvati river, received 120 million peregrines from all over India and beyond in 2019, to bathe in the precise spot, the Triveni Sangam, where the three rivers meet.
This is far more than a religious event, this a celebration of India in its incredible variety. Such a massive event cannot be captured in a few photos as so much energy and activity defy our comprehension. I have tried to focus on some details to illustrate the spiritual and yet festive ambiance of the Kumbh, in its profound humanity as well as, sometimes, it’s irony. There is nothing like it anywhere else on the planet and it is probably the best place on earth to capture the richness of the human experience.

BIO | Ximena grew up in Buenos Aires, became a photographer in Europe and lives now between New York and Brussels. She is a street and documentary photographer whose work on migrants in Europe has been exhibited at the United Nations (New York) and the European Parliament (Brussels). Having always lived in cities with a large floating population has clearly influenced the way she looks at people and naturally led her to empathize with their predicament. She tries to capture this human dynamic in her photography, with its drama and contradictions. The odyssey of human life. Her work has been exhibited around the world, in Europe, America, and Asia, and has been published in many prestigious photo magazines. She has been a finalist of the StreetFoto San Francisco, the Miami Street Photography Festival and the Brussels Street Photography Festival. She is an Ambassador of Women Street Photographers and a founding member of the Little Box Collective.