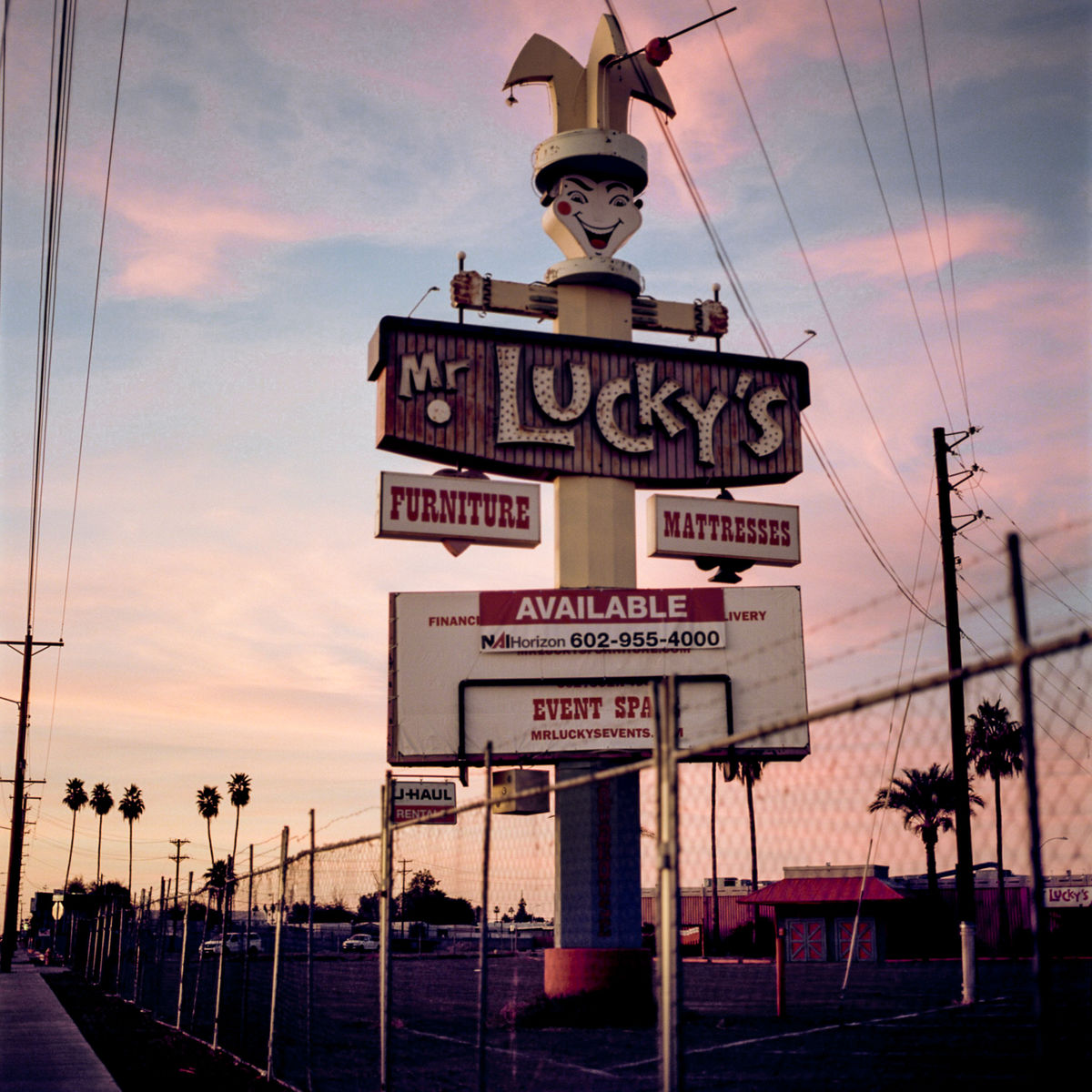 Lost Highway | America is the land of highways, where the car was king and the open road lay ahead. The American dream was seen along these endless highways, but as progress came it also lead to the downfall of this American tradition. Lost Highway by William Mark Sommer documents the history of the road by exploring the abandoned neon signs along the highways of the Southwest United States.
These huge signs used to pull traffic off the road and into their accommodations but now reside as mementos of a bypassed time or as gravestones to their demolished buildings. Decaying in the desert sun, these signs are fading reminders of the near past of the famed American roadways.
In America the narrative of time is of progression and in this need for progression, we lose our past. These fading reminders of the great American highway are being destroyed every year giving way to the synonymous box stores that make up its cities. Nostalgia for the road helped create Lost Highway, but the need of preservation for this history drove this series. The history in this roadside architecture is of the bygone era, giving cadence to this era, Lost Highway seeks to bring importance back to these signs, so the past will not be forgotten by the future.

BIO | William Mark Sommer (b. 1990) is a film photographer from Sacramento, California. Traveling the many back roads through the Western United States for 10 years has let him explore the idea of the American Dream. His travels brought him a closer understanding of this nostalgic idea of America by seeing history in person and understanding its progressive nature in forgetting the past. Seeing this progression in destruction has empowered him to bring attention and preserve these forgotten places within his photographs. Through these series that confront these ideals he has self-published 10 books and zines and exhibited over the United States and Internationally. In 2019 he received his BFA in Photography from Arizona State University.