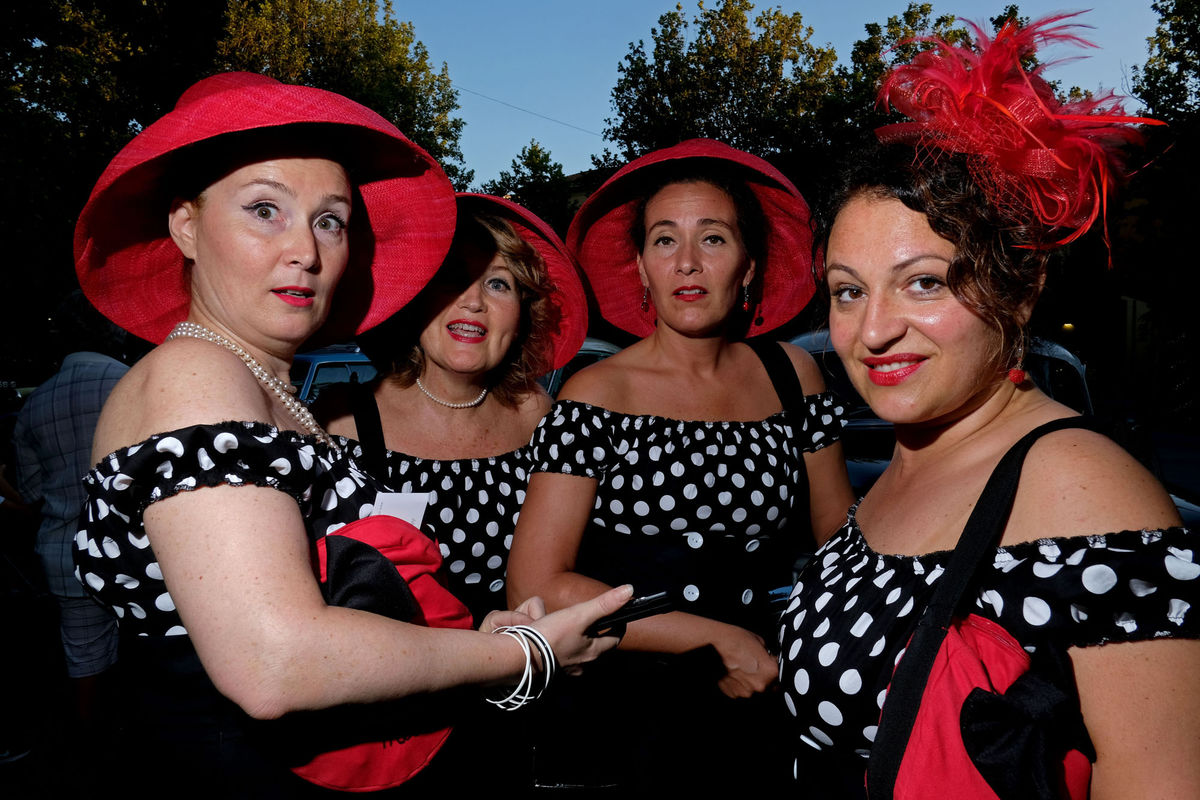 Summer Jamboree | After two years of shooting on the street, looking for the “right moment” to catch, I felt the need to look for something more compelling, something more similar to a story to tell. This is how I heard about an event happening on the Italian Adriatic Coast, called “Summer Jamboree”, in which people from all over the world were gathering to dress and dance like the 40’s and the 50’s in America.
I didn’t really know what to expect but I was very curious about it.
As soon as I got there, in the small town of Senigallia (in the Marche region) where the event takes place every year, I was totally fascinated by the atmosphere (I had passed by Senigallia a few years before and the town, out of season, seemed almost deserted).
It was like travelling back in time, a trip to the old-time America. Everybody in town was really dressed and styled like those days.
My impression was that they weren’t dressing just for the occasion but that behind their style there was a philosophy of life they identified with.
Most of them were trained like professional dancers and their outfits, their tattoos, their hairstyles were too accurate to be a onetime thing.
At the end of my journey, I almost felt like I was out of place, like an intruder in a world I didn’t even know existed.
I like to think that what came out of the pictures represents their astonishment in seeing an “outsider”, someone like me, that didn’t fit in their world.

BIO | I started shooting and developing photos while studying architecture in Naples (Italy). After graduating, I attended a photography class and participated to two collective exhibitions. From 1999 to 2007 I lived in NYC working as an architect. At the end of 2007, I moved back to Naples. In 2015 I approached Street Photography and in 2017 I bought my first professional digital camera and started to take different workshops.
Since 2018 I have been participating in various Street Photography Collective Exhibitions (Street Sans Frontières Paris, Street Foto San Francisco with Women in Street, Brussels Street Photography Festival with Women Street Photographers) and my work has been published both online and on paper.