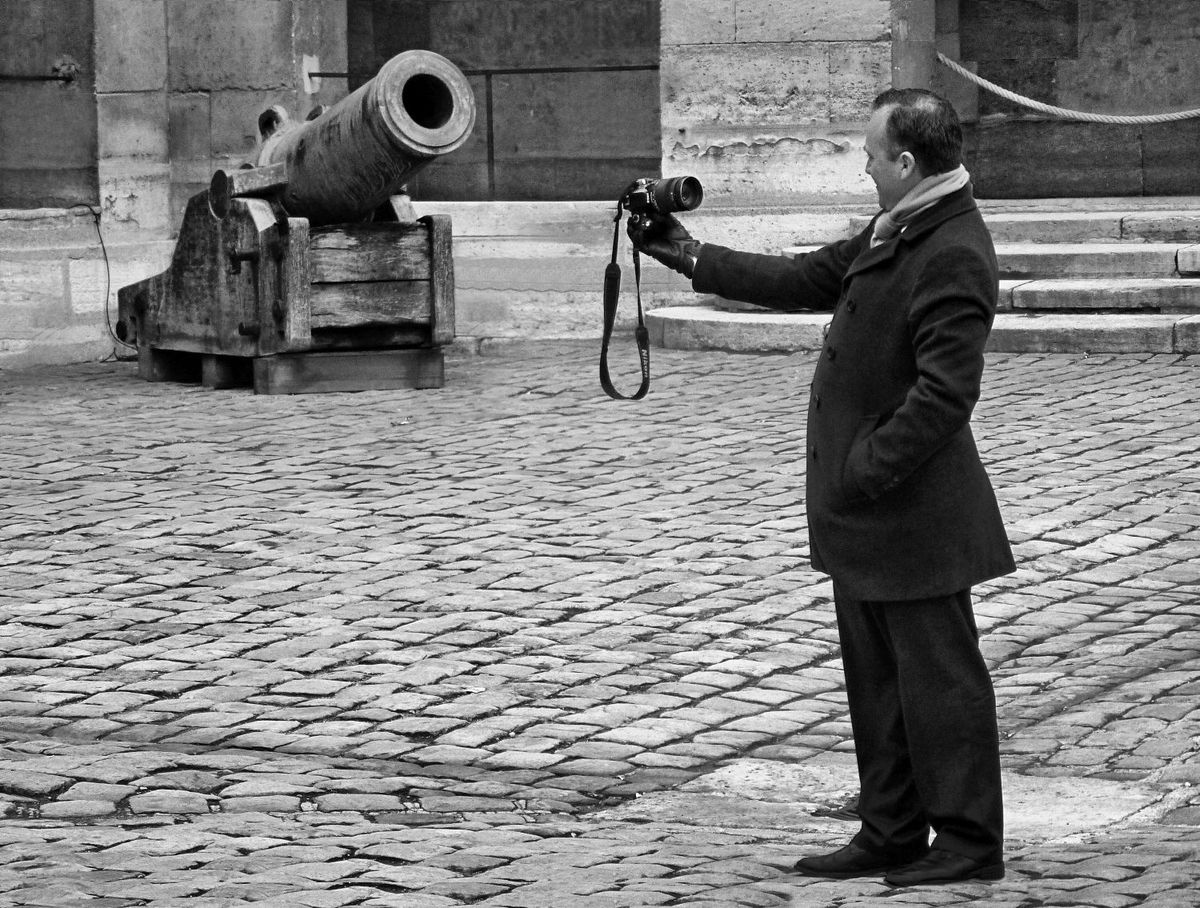 Walking Paris With Love . On Friday, November 13, 2015, France suffered the worst terrorist attacks in the country’s modern history, which spread a negative image of the city of Paris. That day, I miraculously escaped death because I left the restaurant where the first terrorist attacks took place only few minutes before the tragedy occurred; Being so close and carrying a camera, I involuntarily witnessed the tragic events that I documented in spite of myself that day and during one week after (Link). This dramatic experience forever changes the way I see things and my way of photographing. Since that dramatic events, capturing positive emotions and human interest in streets of Paris become for me a priority and daily ritual to forget what happened. Kind of therapy against my fears, as far as it is not so simple nowadays to get close to people, photography them, engage in dialogue…
With the time, this series of photographs became a tribute to the Humanistic photographers of the last century who photographed the city of love especially the popular neighborhoods in other conditions and equipements but always with respect and love.

Bio: Souhayl A is a street and art-documentary photographer living and working main part of the year in Paris France. His speciality is storytelling and capturing on the street absurd and emotional situation in the quotidian. His work has been recognized internationally and has been exhibited in France, USA, Russia, Iran, uk, Bulgaria, Italy and Morocco. He is also the Founder of Maghreb Photography Awards. The biggest photo contest organazid every year in the Maghreb.