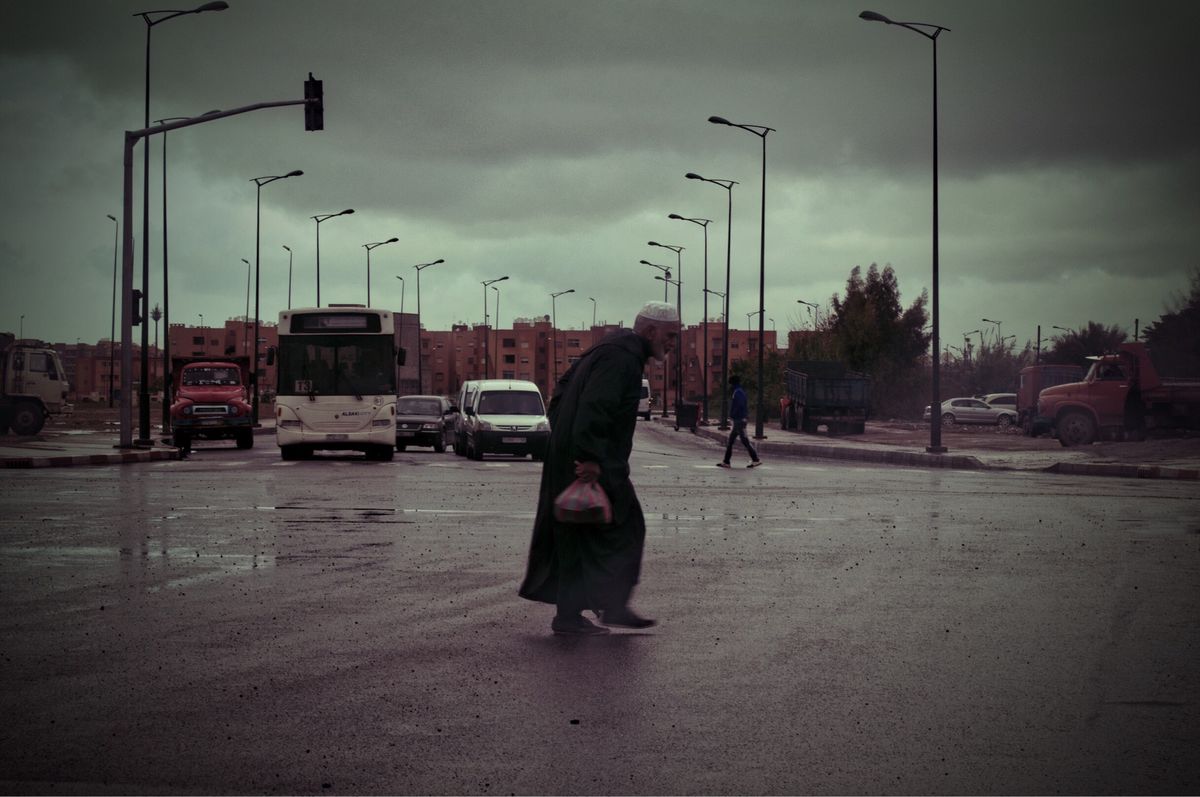 Suburban Marrakech. Photography for me is a pectoral way to tell a story and evoke feelings. I utilize the camera as an instrument to preserve life in the act of living. I employ original photographs as new elements in a photomontage through the manipulation and the highlighting of shapes and patterns, colors, and light. This method opens up new perspectives and engages the viewer. In my attempt to tell a story, I invest a good amount of time observing the smallest things that could be potentially a great subject to capture. The little human presence can be seen as a leitmotiv in each photograph, but this is how I see and show the world around me. However, this attempt also creates an organic rhythm and mystery which raise new questions. These series of photographs are depicting the life of M’hamid 9 and its architecture. The shots are taken from a single point of view; my parents’ terrace. The use of this God’s POV style of framing/shots invites the viewer into myriads of intimate, stolen and fugitive moments of an anthropological physical space. The works remain within a digital photography genre that explores various elements of the inner space of a “new suburban Marrakech”. The street environment and landscape unfold as an unpopulated world. The charm and architectural character of buildings, the streetscapes and signage are shown to help comprehend the hidden aspects of modern suburban lifestyle.

Bio: Moroccan-American, Chicago-based photographer and filmmaker. Simo Ezoubeiri studied photography at Truman College Chicago and won the “Best Image of the Week” award by National Association of Photoshop Professionals (NAPP) in the US.
Simo’s film work has been premiered in prestigious film festivals around the world, most recently at Slow Short Film Festival in London. Simo’s award-winning short film “Ladder” has been selected for the 2018 edition of Pugant Film Series held in Athen Greece.