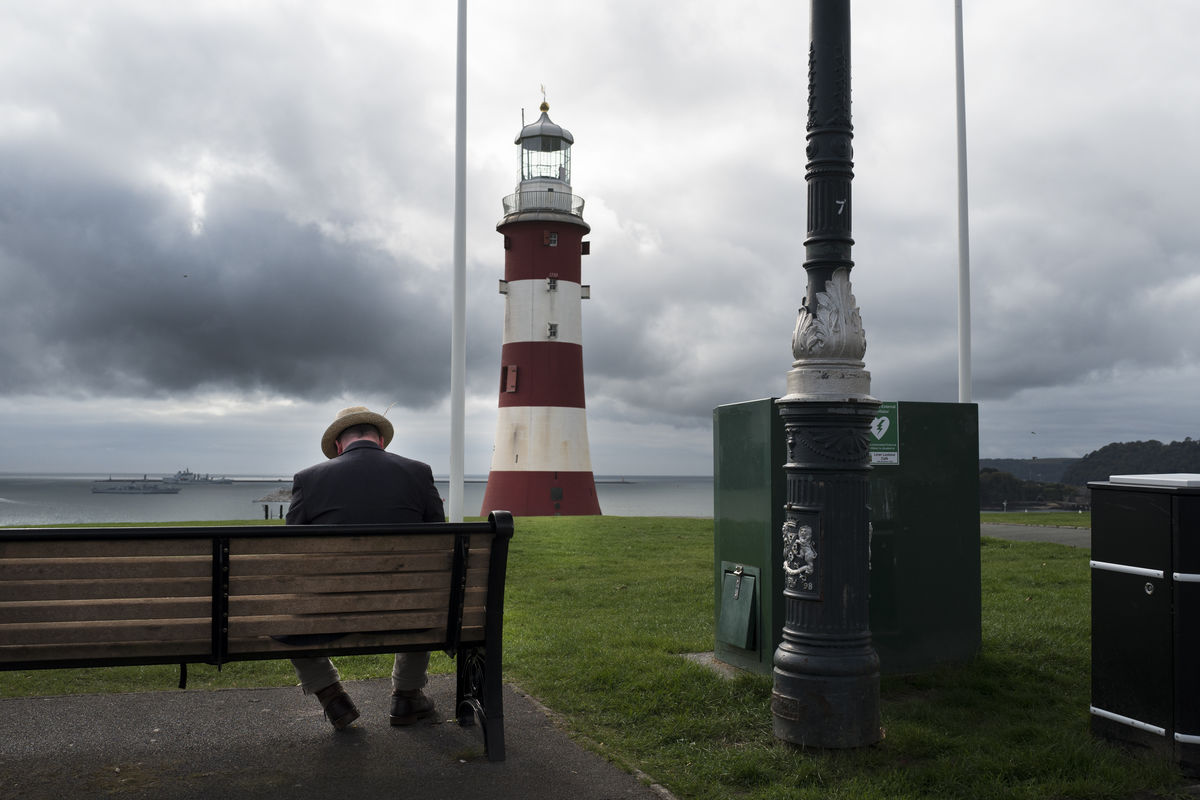 ONLY in Plymouth. This is a long-term project exploring the anthropological society of Plymouth City which often exhibits theatrical scenes amongst its residents. Around every corner, there is an interesting scene or light Cascading between the 1950s Soviet feeling Architecture.
Between 1941 and 1944 Plymouth was bombed during World War II which meant the city had almost been flattened. Being rebuild during the 1950 the style of the buildings has a cold War oppressive look and feeling. Plymouth is the 30th most populated city in the UK with 2nd most grade 2 listed buildings this makes the scenes and presents of walking around Plymouth very grand but with the limestone fronts to the buildings there is a grey bleak to the tone to the buildings and often the residents project this feeling.
The images in this series become completely immersive, as the subjects become the center of the of the project the oppressive city will unfold through the project.

BIO | Photography has always been the passion, I have achieved a BA (Hons) in Photography. I have since gone on to Achieved LRPS qualification with the Royal Photographic Society. published in magazines, displayed my work in exhibitions locally and in London, I have been shortlisted for International exhibitions as a Street Photographer. I live in Devon where street photography is not a common site are our small towns and cities. I have been working with local companies to create commercial images, from products to portraits.