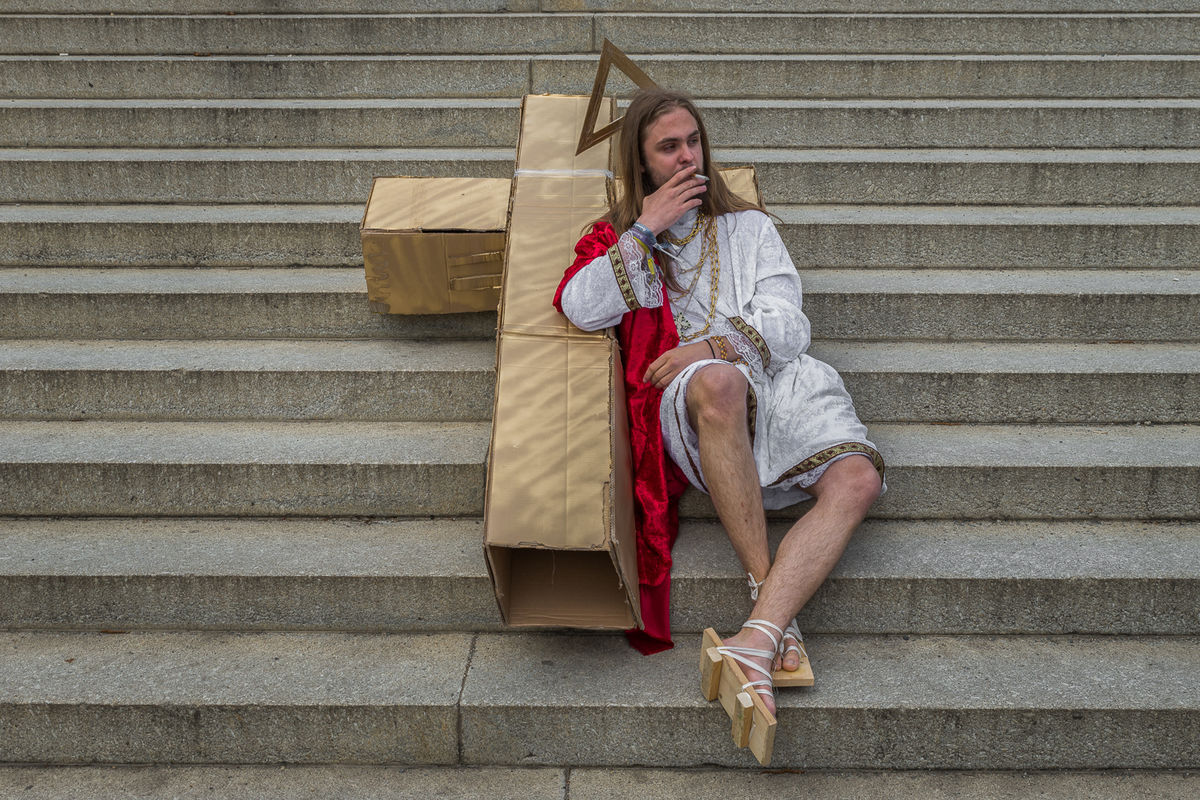 Fair(y) Tales. An expedition through the grotesque realm of must-haves and mega-trends. It seems as if there is a constant factor amidst the diversity of our dreams: The longing for a heavenly life, the hope for a permanent feeling of happiness. Since time immemorial, this long-awaited, beautiful earthly paradise has been distant. But, in reality, are all the places equally distant from paradise? Are some places not closer? Maybe even enticingly close?
To explore these questions, the photographer Robert Rutöd went into the burlesque realm of trade fairs and exhibition areas. An almost ten-year expedition through the materialized world of dreams is now visually retold in Fair(y) Tales.
„I feel just like Alice in Wonderland as I walk from the taster massage to a certified sleep consultant, from the undertakers‘ fashion show to the wine tasting, from the Garden of Earthly Delights to Jacob‘s Ladders in the garden festival. In the turmoil between the horns of award-winning cattle champions, waiting their turn for the photo shoot of the breeding catalog, it can sometimes get a little queasy. But as the saying goes: They all lived happily until their deaths.”

BIO | Robert Rutöd, born 1959 in Vienna, Austria. Early pursuit of painting; from 1978 on photography. Between 1979 and 1993, he wrote and directed short films. His work has been shown worldwide at numerous festivals and exhibitions and received several awards including the New York Photo Award, the Special Prize of the Czech Center of Photography and Artist of the Year at Dong Gang International Photo Festival, South Korea. Books: Less Is More (2009), Milky Way (2014), Right Time Right Place (2015).