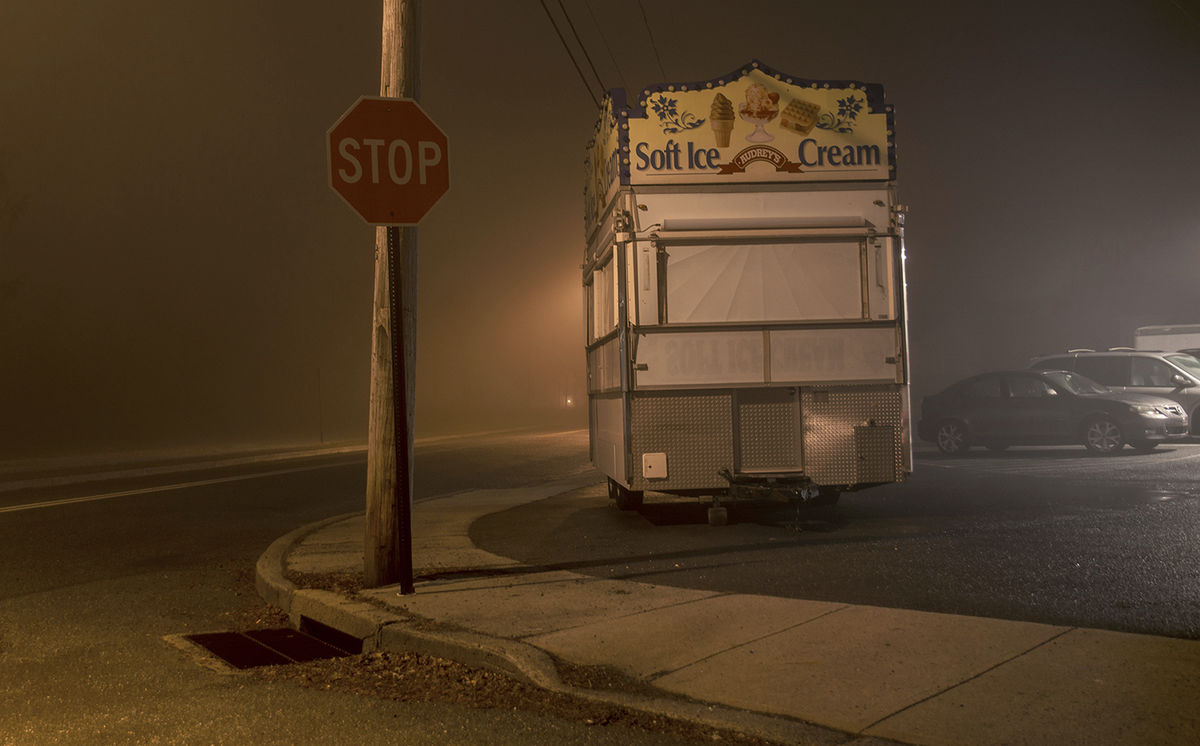 Easton Nights. Easton Nights is a story which grew from the unique and uncommon valley in which the city lies, and is told with the images of unpeopled landscapes taken at night. Here, in the small hours, the world we see as mundane, cascades into a dream. Like a surreal scene from a Guillermo del Toro film, trash bins and Toyotas, stop signs and doorways; all become animated. They learn; they stretch, and emanate, all with umbrageous hues, which seem to exhale from the nights own personal color wheel. Scattered signs give the words, marking our place in time, while the geometries show our relentless effort to arrange our world in a box. These are our stages, with the houses our beehives, the machines our toys, and the doors our portals. Complete they are a mimesis of our daily life, as can only show in the mystical emptiness of night. Then with the dawn comes the beginning, where we all wake, then act; all while these magical and romantic worlds return to sleep.

BIO | Peter Ydeen studied painting and sculpture at Virginia Tech, under Ray Kass, (BA), Brooklyn College under Alan D’Arcangelo, Phillip Pearlstein and Robert Henry, (MFA Fellowship) and at Skowhegan School of Painting and Sculpture with visiting artists, Francesco Clemente, Judy Pfaff, William Wegman, Mark Di Suvero and others. After studies, Peter made his way in a variety of jobs, including set construction, lighting, illustrations, architectural modeling and drafting for the stage, advertising and film. Later, after marrying his wife Mei-li in 1991, they opened a gallery, Arts du Monde, in New York City selling African, Chinese and Tibetan sculpture.