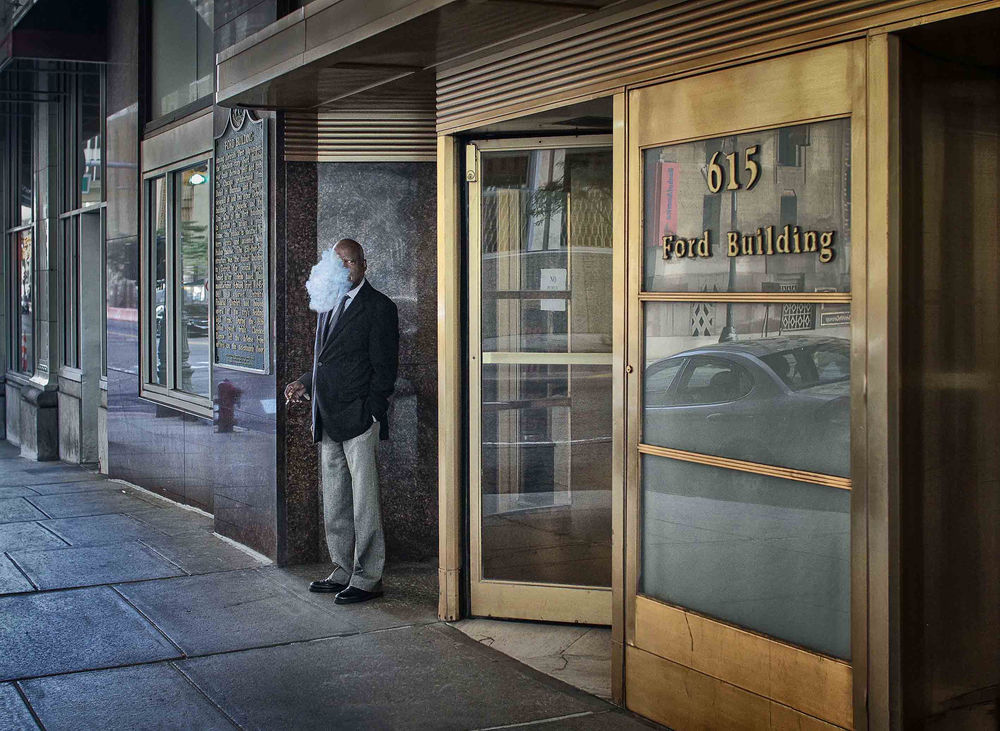 DETROIT – The shrinking city.reets. This is a reportage i made in 2016 for one month in Detroit. Some pictures were published in Courrier International, Spiegel, La Repubblica, etc.
A more extensive text of presentation could be as follow:
“Would Detroit be the «Ground Zero» of Capitalism, the symbol of the era of the planned obsolescence of cities as well as their citizens ? Usually, the scope of modern urbanism is rather to deal with the concerns raised by the growth of cities. But in the case of Detroit, it’s the contrary as it’s population has decreased from 1.8 millions inhabitants to around 700.000 in the last fifty years for an erea equivalent of Boston, Manhattan & San Francisco together.
In this early-twenty-first-century American society, in a world which is in a process of siliconization and where any tangible assets & manufactures are fleeing overseas, Detroit may foreshadow the future of the USA – and even the Western (and Wastern) world entirely. A «primitive society of the Future» as wrote Jean Baudrillard in his book America (1986).
This is part of this esthetics of the disappearence that i’ve wanted to transcribe in photo through this attempt of a monography of the city.”