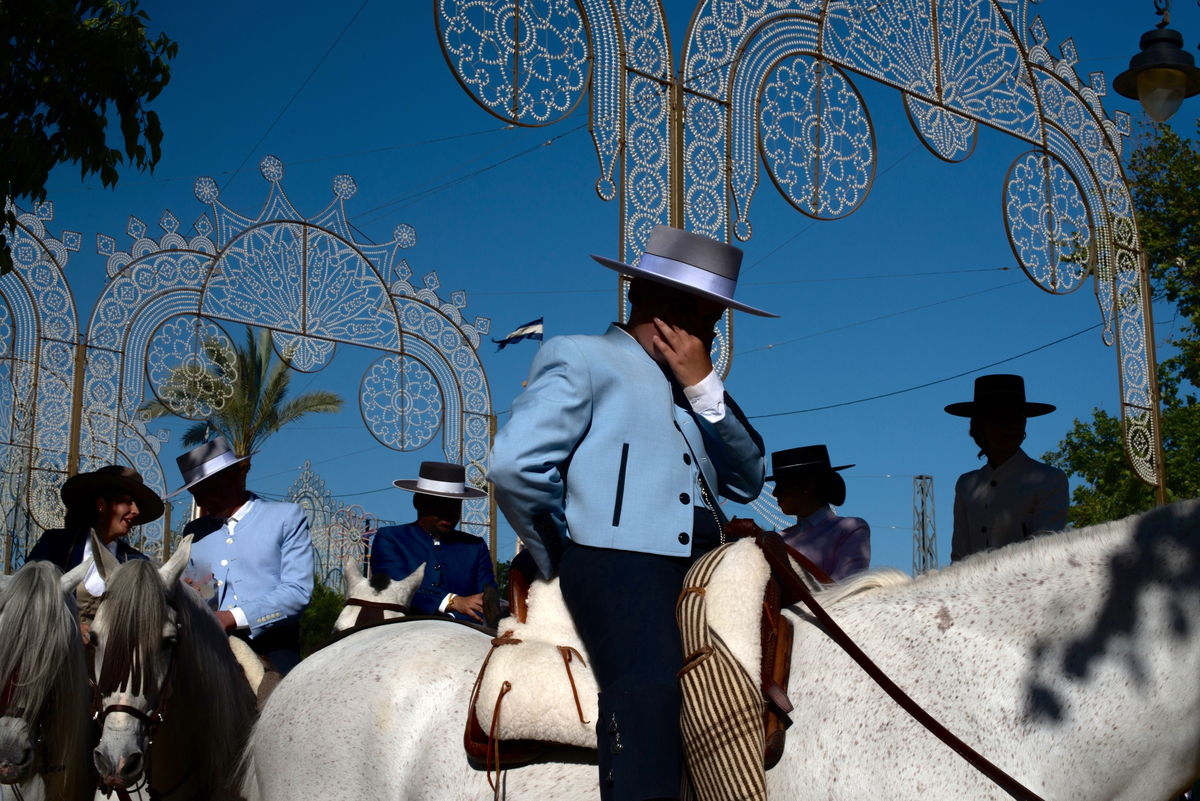 Fronteiras de identitade. The province of Cadiz: true frontier of the Andalusian identity Andalusia has always been a place with a multicultural identity, created over the centuries, following the various peoples who have lived in this area. The province of Cadiz, in particular, is still today a territory with a very complex identity in which many cultural influences converge in the same territory: traditional
Andalusian life, Anglo-Saxon presence in the English enclave of Gibraltar, the American presence in the city of Rota with the base naval presence, a community of immigrants in Algeciras and European yippies in Tarife.
The identity of the province of Cadiz, therefore, is influenced on the one hand by the traditional life of the Andalusian inhabitants of southern Spain: with their festivals, cultural and religious traditions and different lifestyles. The “Ferias do Caballos” of Jerez, the Corrida, the Catholic Christian spirituality and the traditional life in the bars are some aspects of it. Arcos of the Fronteiras, Sanlucar, Jerez, Chipiona, Cadiz are some of the cities that have been visited for this project.
Specifically, in the Rota area, a unique combination of traditional Spanish life and American life emerges, following the presentation of the naval base that has decisively changed life in this city. In other ways, entering Gibraltar is like entering a micro-world where the Anglo-Saxon presence is evident: from the different currency to the language to communicate. However, there are many influences present in Gibraltar, first of all, that of the Jewish community.
Algeciras still plays, with its port, the role of transit point and arrival of many immigrants from Africa. Here you can see a different slice of life compared to nearby Gibraltar or Tarife, which is just around the corner.
Tarife still today is a destination as well as many kite-surfing, hippies, who choose it as the ideal place to have a lifestyle that is out of the most orthodox rules.
These many realities, all present in the province of Cadiz, become like many rays of light that cross the same prism at different points, to create shades of many colors. Therefore, the aim of this photographic project is not to define the identity of this place, but to be able to grasp some aspects of it.

Bio: Marco Sadori (1979) is a photographer who was born in Italy. He graduated in art history at the University of Bologna. He started to take photography since 1992 with an old camera Olympus Om-1 that his father gave him.
He specialises in long-term projects that link to multiple topics like identity, borders, spirituality, tradition.
From 2010 he traveled extensively in Asia for a long-term project on “identity in Asia and his connections with the West culture”. For this long-term project, he has visited more than 15 countries in the Asia area.
He is currently deepening the Caucasus area for a long-term project on the identity of the Caucasus and the influences in the territory between East and West.