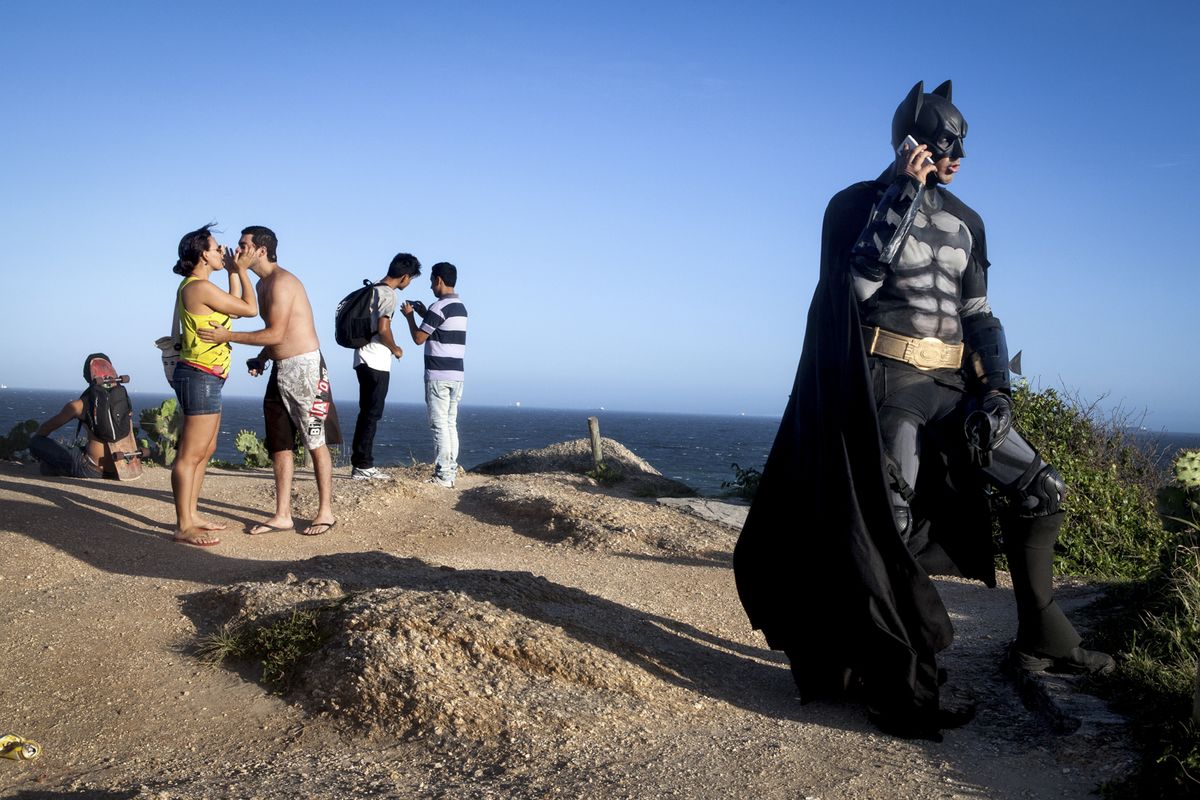 A Cidade é um Rio de Passos e Vozes. “A Cidade é um Rio de Passos e Vozes” is a long-term personal project on my hometown, Rio de Janeiro. A portrayal of Rio that takes shape in the quotidian occupation of public spaces. The Rio of common citizens that blend in the city in an active way, in an endless flow within the urban landscape. The city as a “river of steps and voices”, as Brazilian poet Mario Quintana wrote in his poem “A rua” (“The Street”). In Portuguese, the word “Rio” means river. So, to that “Rio” of steps and voices, I add color, an element that I take as inseparably linked to the liveliness of Rio’s daily life.
In “The History of Rio’s Streets”, the Brazilian historian Brasil Gerson wrote: “There are streets, squares and parks with so many stories that one would only need to tell them in their most varied details to be also telling, simultaneously, history itself of the cities to which they belong”. I believe it’s possible to say the same about people – Them as well, with their own steps and voices, tell the history of the cities to which they belong.
Therein lies the importance of this project: to show a Rio de Janeiro that still hasn’t been portrayed much by Brazilian photographers, in a photo narrative through which the Cariocas, in their interactions and crossed paths, express a daily history of the city. In 2020 I will be completing 10 years on this documentation, which I hope to see it published as a photo book.

Bio: I´m a freelance photographer from Rio de Janeiro, specialized in covering corporate and social events. My authorial work is done mostly on the street. I´m a member of Observe Collective and Flanares.