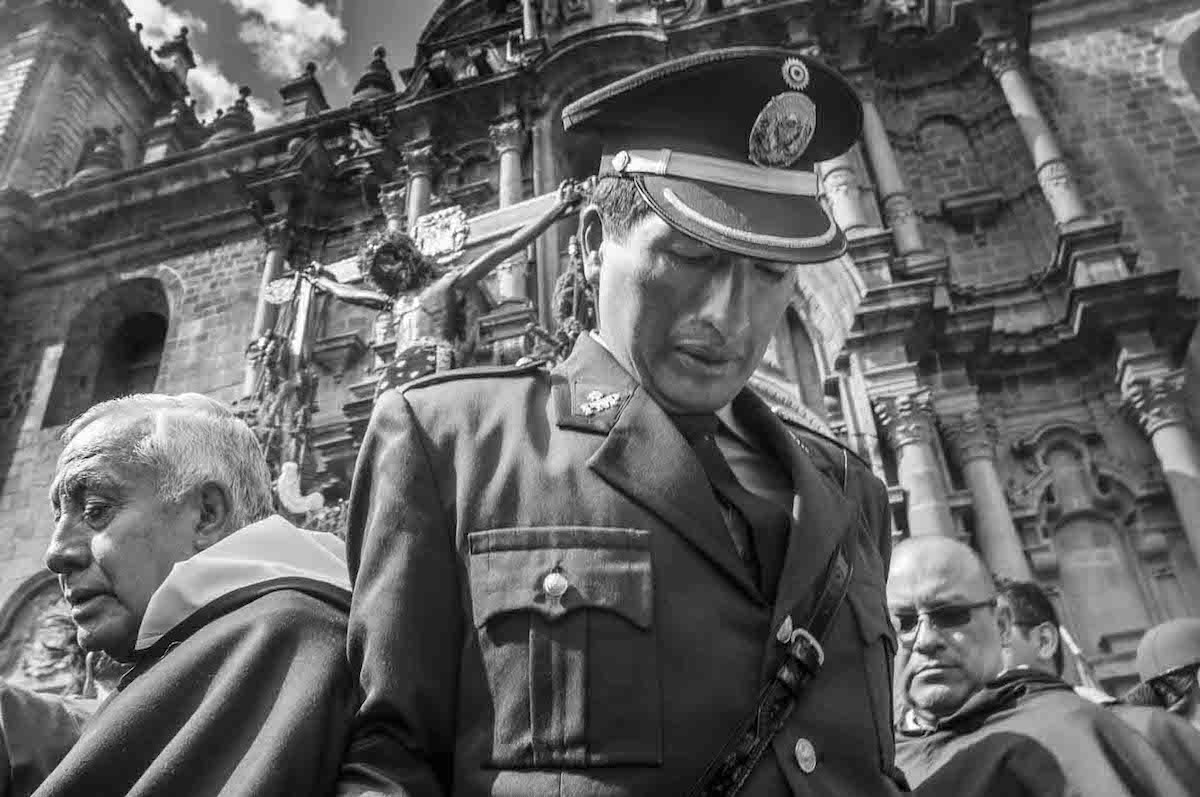 Devotion. In Cusco, Peru the faithful claim that the effigy of Christ held off an earthquake that was threatening the city over 350 years ago. Ever since, the locals have been paying homage to the image of the Lord of the Tremors or Taitacha Temblores, as it is known locally. This celebration is a peculiar syncretism of Andean religions and Christianity. The effigy of the Lord of the Tremors is carried aloft in a procession through the streets in the same manner that the Incas paraded the mummies of their lords many centuries earlier. Petals of ñucchu flowers are scattered by the faithful over the venerated effigy to symbolize the blood of Christ. In similar fashion the Incas used the same crimson flower as an offering to their gods. All the careful elaborations of this ceremony are perfect expressions of an earnest attachment by the people of Cusco to the tradition and mystic significance of every detail in an honored ritual. To honor the procession with my camera was a privilege. Here is a profound expression of devotion and prayer which challenges the skeptical and jaded modern eye.

Bio: Luciano Del Bufalo is a photographer based in New York City. He documents and captures everyday life and social interactions in his city and around the world. His subjects are unobserved people and their objects or environment – an environment that is decidedly human. He tries to frame and time with the aim of creating images at a poignant moment and seeking at the same time more a depiction of a scene to remember as a form of social documentary. Luciano Del Bufalo studied his fine art photography at the International Center for Photography in New York and workshops in Peru and New York City.