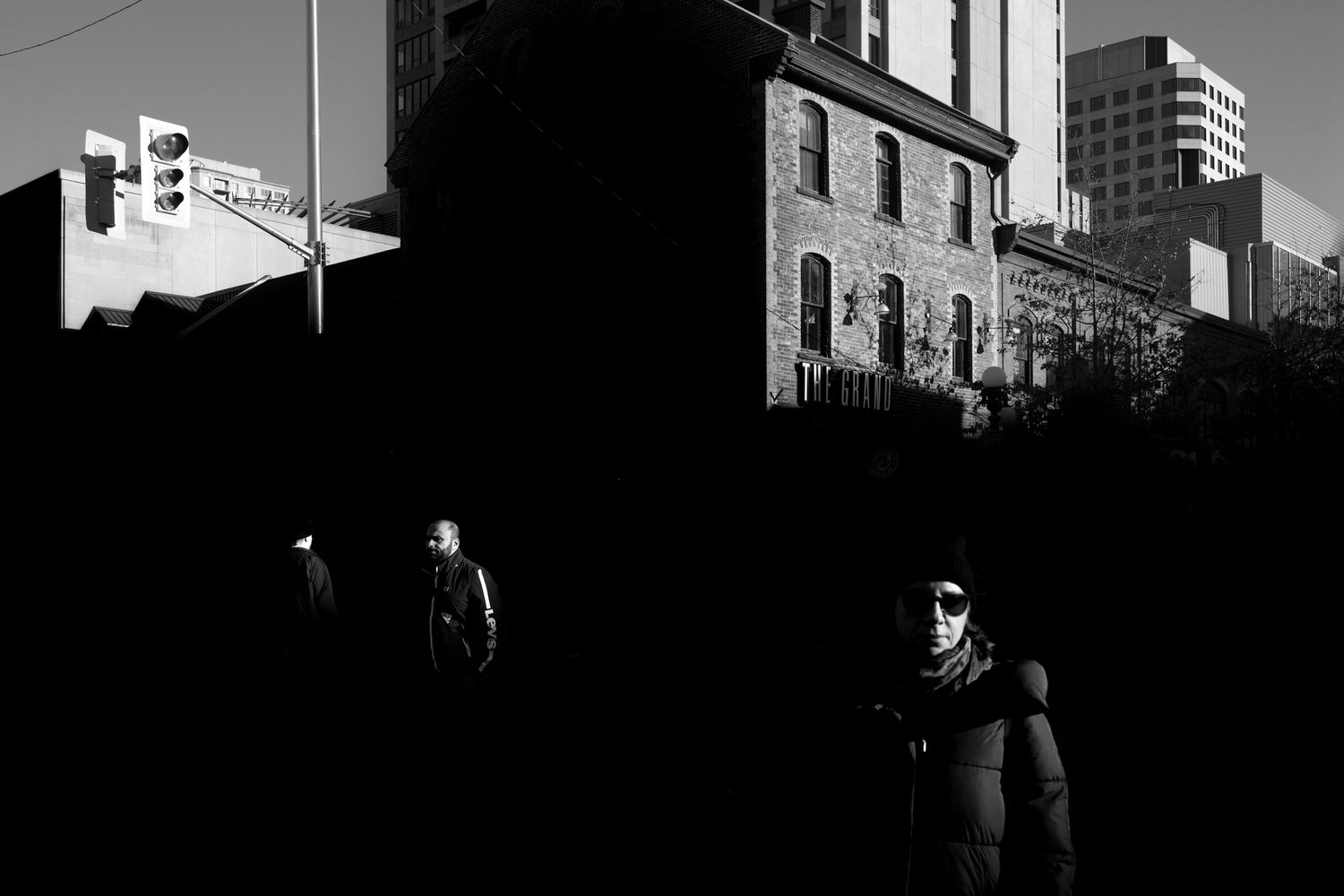 Corridors of light, metaphor of life | My recent work « Corridors of light, metaphor of life» is meant to question the validity of relationships. As a migrant – immigrating from Cambodia to France because of the Khmer genocide, then France to the USA and recently from the USA to Canada, I experimented many separations with friends. Each time, it is the same interrogation: which relationship will be strong enough to survive the distance? So, I made this series to be a metaphor for (my) life. Like a play, each corridor of the light in the city is an act. A scene. What I tried to do while shooting these images was to imagine that pedestrians were actors, actors who were all the time entering and exiting the city stage. I felt a relationship with these strangers who seemed to evanescently enter my life through one side of the stage, only to briefly occupy that spotlight and then leave on the other side of the stage. Fade to black. Gone.
While the vertical frame of these images portrays the scene—a North American city—the negative spaces should not only be seen to represent the immutable past, but also the unpredictable future. And consequently, my blacks are not merely shadow but voids – voids as the memory of me in the mind of people I left behind.
Many of us live in claustrophobic environments, in big cities with social media almost automatically finding relationships for us. Sure, it may appear that we have more and more “friends,” and for some of use, these friends span the world over. However, despite the new communication technology, I often wonder who accompanies us in the life journey? And how strong are these bonds? can relationships survive distance and the shadows of our daily life?
This series is really questioning the validity of our relationship to modern spaces. And as a deracinated person myself, this questioning is also an introspective inquiry.

BIO | I am is a Chinese Cambodian photographer who immigrated to France during the Khmer genocide.
I started experimenting with photography at 25 after joining a French photo club, where I learned black and white film craftsmanship – which I believe to be a cornerstone for my today digital black and white work. I learned how to process film and use the enlarger in the darkroom. And still today, I am applying the same approach to interpret my digital black and white images.
Today, I am currently based in Montreal, Canada after spending a few years in Chicago, USA.