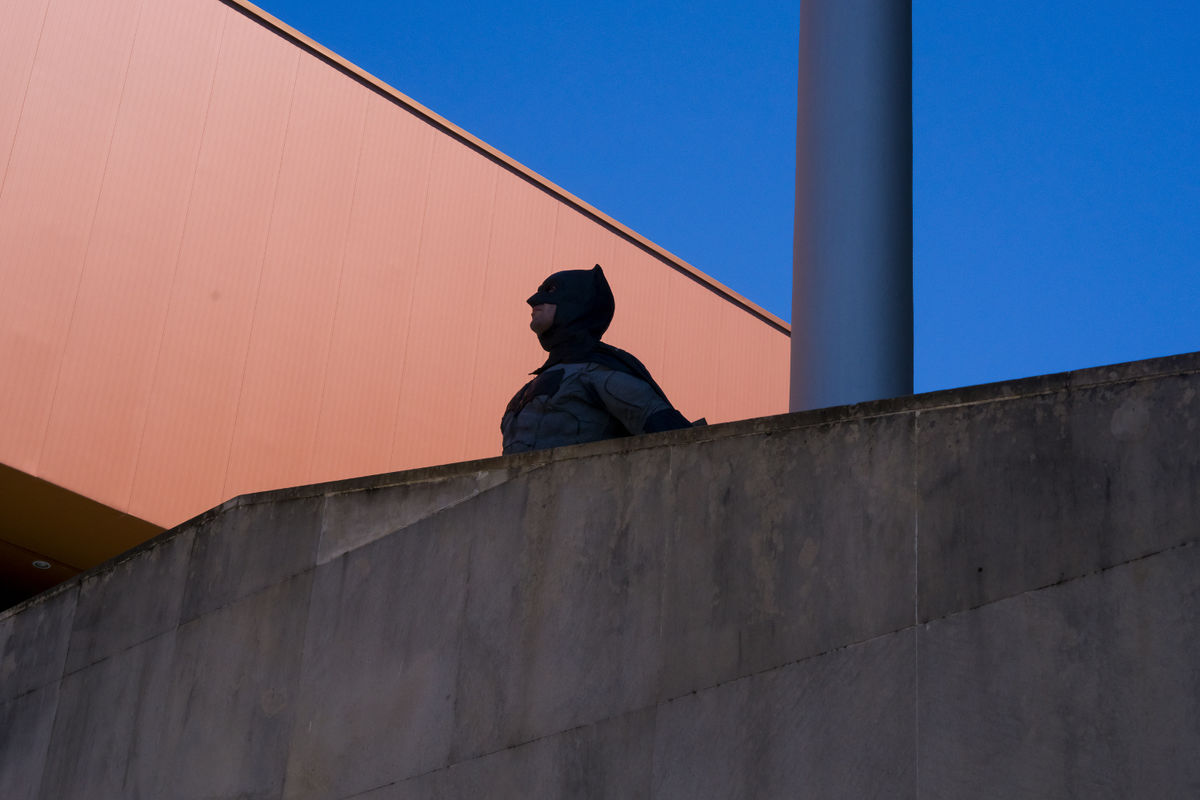 Heroes for a day. When the writer Jerry Siegel and the cartoonist Joe Shuster created Superman in 1933, they did not imagine that their character, dressed in his blue suit and with his cloak in the wind, would become a planetary icon. His first adventure was published in the pages of Action Comics Nº 1 in the year 1938 and thanks to its amazing success, soon it would appear in serials of radio, films, and television programs. The genre of superheroes spread, quickly flooding the pages of comics and gaining millions of followers. It has been more than eighty years since Superman raised a car above his head for the first time and since then, the passion for superheroes has extended to characters from science fiction films, video games, manga and a showcase of characters from pop culture. It is this passion that makes some of their fans go to the streets in the costumes of their favorite characters and show them at conventions dedicated to comics and pop culture. It is what has been called “cosplay”, a kind of subculture in which fictional characters from comics, movies, video games, and anime come to life as a result of the commitment and passion put forth by fans of these different media.
For a year I have toured the biggest comic and pop culture conventions in my country to try and give a different view of the cosplay world. My work tries to unite reality and fiction by showing these fans dressed in their favorite heroes’ costumes in a real and everyday context, far away from any kind of prepared or choreographed stage. These “superheroes for a day”, giving life to something that only exists in the pages of comics or a movie screen can transform the reality that surrounds us. It is a journey back and forth between reality and fiction. They walk the streets like any of us, but at the same time, they transform the streets into something out of an X-Men comic book scenario. That’s why I did not want to show them as all mighty heroes from a comic book cover, but as flesh and blood beings who really live among us. This work is also a consideration of the evasion and construction of a customized reality and identity. “Cosplayers” do not settle for watching their heroes on television or in the movies, they want to take them off the screen and live like them even if it is only for one day. For this, they make their own costumes, masks and all kinds of accessories, and in the process have created a huge community in which to share their particular passion and way of life.
What appears in this work is fiction and reality at the same time. Batman does not exist, Superman is an invention and we will never see Spiderman climb a wall. However, the people under the disguise have given them life and have introduced them into our monochromatic world to give it a little bit of color. There is nothing imposed or prepared in these photographs, only a fistful of people trying to create their own world.

BIO | Born in Madrid (Spain), Juan Rodríguez Morales is an emerging documentary photographer based in Madrid. In 2003, he completed his studies in psychology. Afterward, he studied photography in Alcobendas (Madrid) at People´s University. His first project was documentation of refugee camps in Western Sahara, which culminated in his first exhibition. Since he has worked on several projects more focused on street photography. In 2011, Juan Rodríguez Morales participated in a photo workshop with Alex Webb and Rebecca Norris Webb, which changed his vision on photography. Since then he works hardly in new projects focused on street and documentary photography. In 2013, Juan was recognized during Photo España under Discoveries because of his project “One Big City”. He has participated in a few collective exhibitions and publications. In 2015 he receives an Honorable Mention for the FotoVisura Grant for Outstanding Personal Photography Project with his work “Ghost world”. As part of the collective “Contemporaries” has participated in few collective exhibitions and published the book “Contemporaries” in 2015. His works have been published in digital media such as Trip Magazine, C41 Magazine, Clavoarding, Mutant Space, For Example, AYE Magazine, PhotoArt Magazine, Dodho Magazine, The Hidden Photo.
Today, he is still working on street photography.