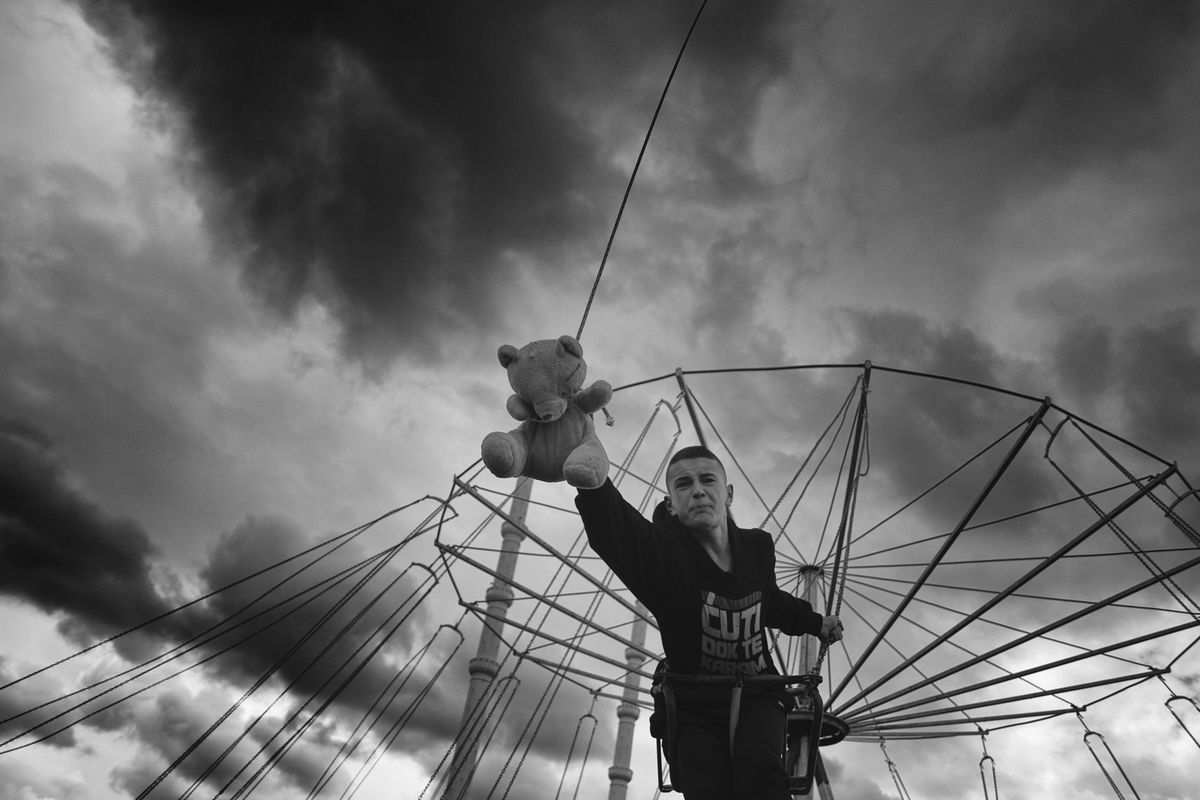 WE. Novi Pazar is a city founded by the Ottoman army when it occupied Serbia. At that time, it was the main shopping center and the main crossroads of all the roads in the Balkans. With the withdrawal of the Ottoman army, Novi Pazar remains the only Islamic city in Serbia and today, in this time in Novi Pazar, the Bosniaks of the Islamic faith live. Novi Pazar is a much less important city for Serbia today, but for the Sandzak region, it is the guise of all events. *WE*** It is a project about us, the citizens of this city who want to show the everyday lives of people in this city, how they spend time, what life looks like in it and other similar situations. Single, each for itself is a part of this city, each of the photographs carries a story about this city.

Bio: My name is Irfan Licina. I was born on June 4, 1990, in Novi Pazar, where today I live and work. I actively deal in documentary and street photography and trying to bring this kind of photography on higher level in my town and among younger people by organizing different workshops and work with younger enthusiasts and I can say that in some way I am succeeding in that because lot of other people are interested in this kind of photography and more people are aware of its message that it sends and that is that documentary photographers strive to show a true, objective and realistic picture of an event, situation, and personality. As a photographer I work for News Press agency “Pixsell” Croatia and “Vice Media Group” Serbia. My photos have been published on the front page of the most popular magazines in Serbia, on the medias of the countries near Serbia and also on the leading local web portal and magazines for culture of photography. Also, as a photographer, I have participated on the collective exhibitions and competitions around Serbia. When speaking about competition, I have won the award on Canon’s photography competition for Balkan, and the first place on the annual competition of ReFoto magazine for culture of photography, and first place on Balkan photo Award in category – mobile photography. Also I have participated on many international projects and photo workshops, and art colonies, among which I would mention Focusing Democracy in Novi Sad, 2013, and Photography Fest “Photo of the year” in Bosnia and Herzegovina in Sarajevo, 2015/16, and traditional annual Art Colony – ” Sanjak, inspiration of the artists”. I am a member of Balkan Street Collective, and member of Photo and Cinema Club in Novi Pazar, Photo association BIH and of the Association of photographers in Serbia.