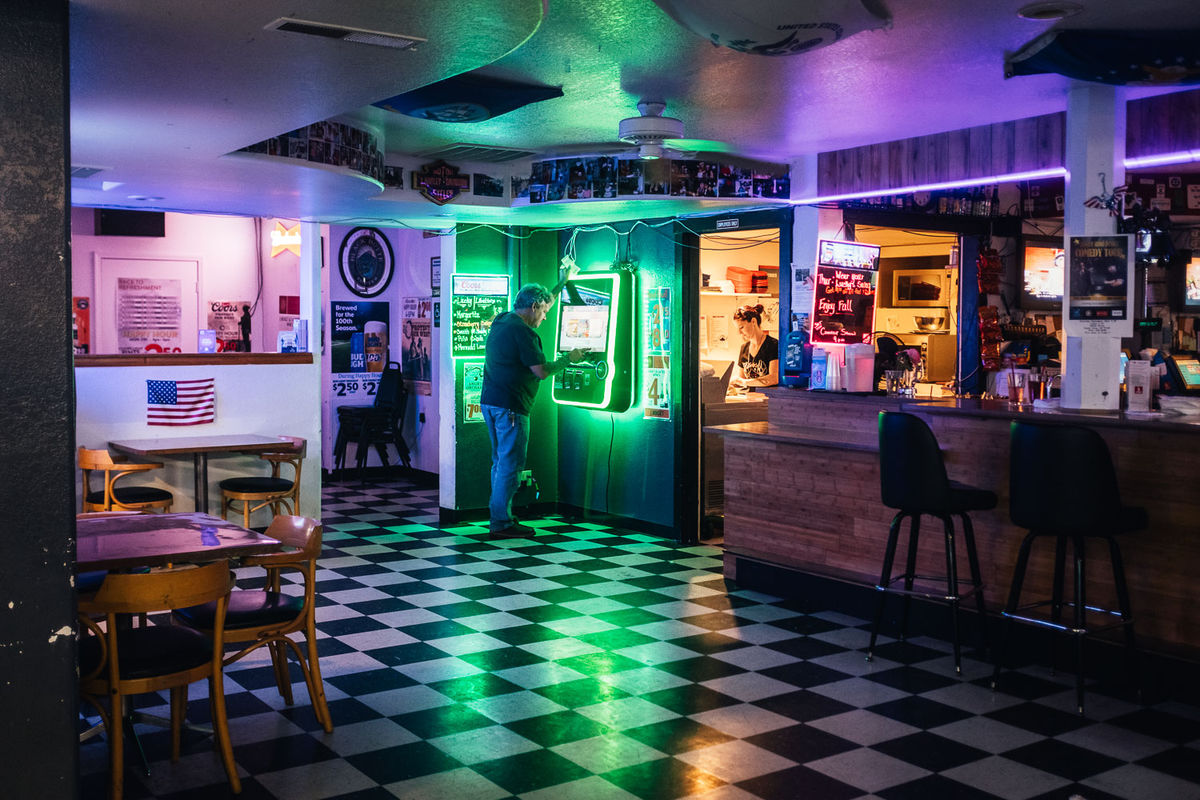 AMERICANA BLUES | This America is halfway between myth and reality. As if frozen in time. This roadside America reads like an open book, molded by the cities it crosses. Even if it cannot sum up an entire nation, the imagery is iconic, one that extends beyond its borders.
These small towns along the road come alive with the noise of the engines, and themselves embody the notion of passing. Sometimes there is a feeling of expectation, of loneliness. They do not represent the destination; rather the route itself.
Like a dissipated dream that we would like to relive forever, this crossing of the Americana is imbued with a certain nostalgia. In search of the good old days. Freed from the major axes, swayed by the wind of uber-urbanization, this America remains standing and its roots remain deeply anchored in the hearts of Americans. And too bad if the new generation gradually abandons the car to settle in the city, its heritage is eternal.
This collection of photographs is traversed like a journey without destination, in a country where space and time seem to lengthen indefinitely.

BIO | Fabien Ecochard is a self-taught street photographer based in Paris. Fabien’s approach to photography is primarily influenced by the pioneers of color street photography and is filled with cinematographic references. His focus is on the human presence within an urban architectural setting shaped and disfigured by light. With the rhythm of the city as a backdrop, he prefers isolating his subjects in their daily environment, sometimes by simply suggesting their presence. Loneliness and wandering are recurring themes in his work. Fabien Ecochard sees street photography as an opportunity to capture slices of life and suspended moments, which he brings together in a very cinematographic mood.