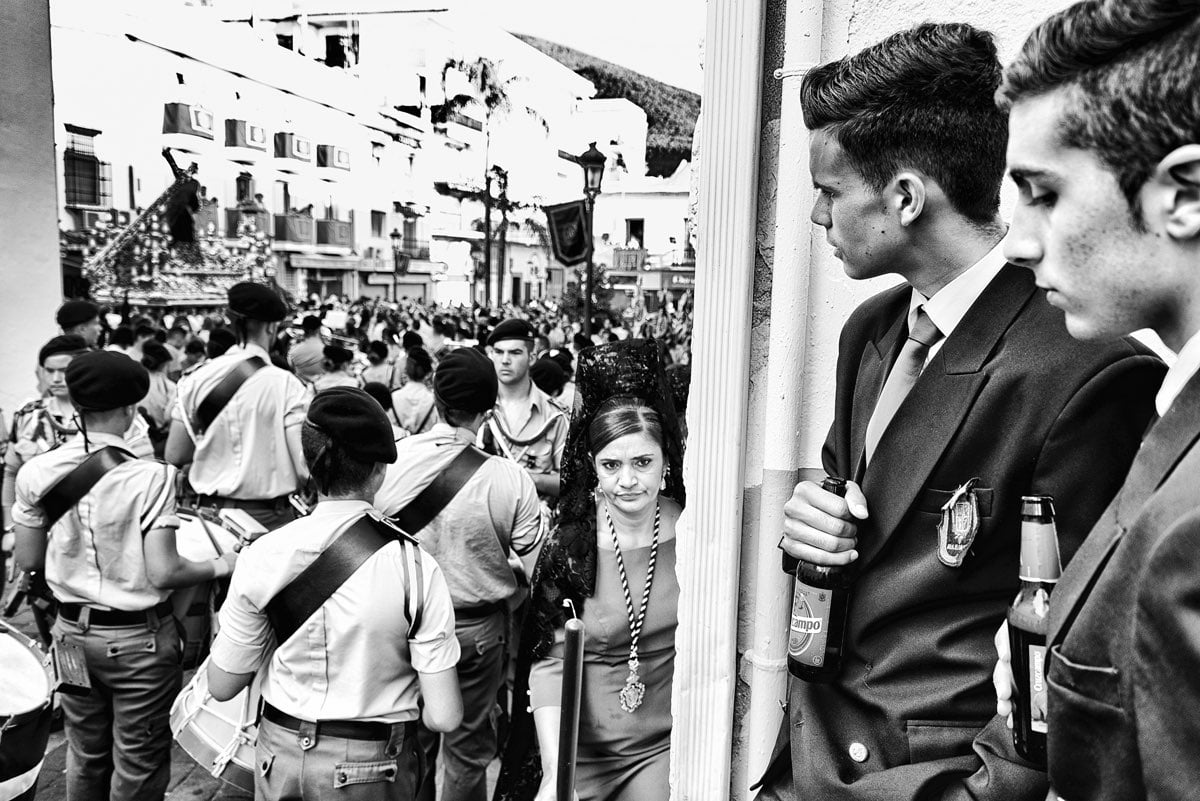 Andalousian Contrastes. Escaping the Parisian tumults, I lived one year in Andalusia (South of Spain), in a secluded village between mountain and sea. I seized the opportunity to photograph the Seville, Cordoba and Malaga surroundings ferias and processions. Down the silence of the Sierra Nevada mountain, resonates the drums of the Dia de Jesus and of the Semana Santa, the flamenco music and the fun fair sound systems. My attention was caught by the business of the streets, the cohabitation between religious celebrations and popular festivities, by the mix of generations and, finally, by the strength of the feminine/masculine codes.

Bio: Étienne Racine spent most of his life in Paris. Ethnologist, he published an essay on the French rave scene, then worked as a marketing researcher and a journalist for large companies. Former DJ and graffiti writer, he’s bond to urban atmospheres.
Enthusiastic and compulsive observer, sometimes as a hunter, sometimes with complicity, Étienne Racine photographs to seize the crossroad of individuality and society.