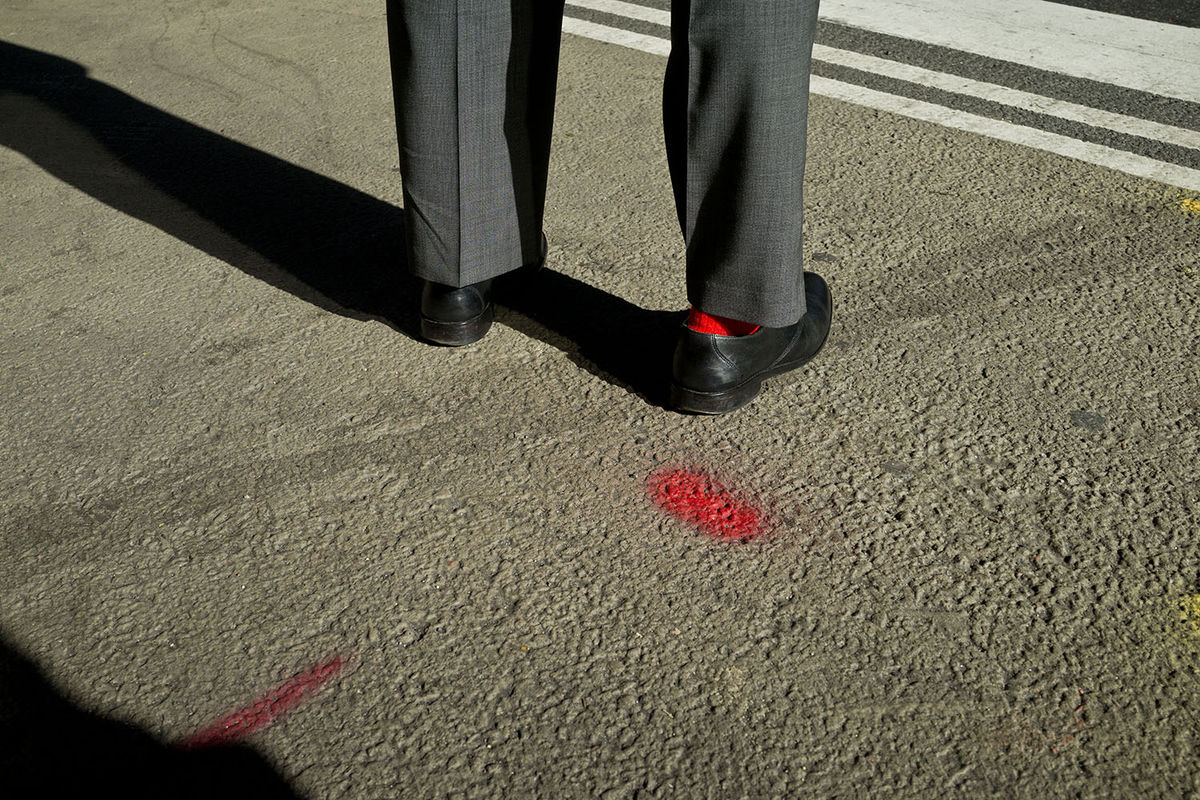 Objects, a Love Story. This collection began with a single frame. It happened at a crosswalk where I stood waiting for the right of way. A stander-by caught my attention. What attracted were their socks. They produced a brilliant shade of red. Their substance flowed rapidly, spilling their hue onto the pavement. A visible mark lied proof beneath the gentleman’s shoes. What was the story? There was no time to think.
My eyes were fooled. I didn’t realize it then, but synchronicity had played a trick on them. I believed that one article had caused the other: that the man’s socks created the red stain. But truth had it that their separate journeys indeed crossed paths. Like two individuals, dialogue formed from their relationship. So fascinated by their spectacle that I instantly turned my attention away from the eye level—closer to the ground and farther to the sky—for more short-lived performances that may last in photographs.

Bio: Born in St. Petersburg, Russia. Currently living and working in New York City. My relationship with photography began as a kid. It was summer, and I was accepted for short-term job at a local photography lab. I will never forget my first time working in absolute darkness. I began processing film, creating contact sheets, handling light sensitive papers, as well as other facility basics. It wasn’t until college that I operated my first film camera. The art school had a very good darkroom department. I was in familiar territory, but what changed was my scope had grown from technical to creative. I began applying my previous training to producing works of art. A camera became a vehicle for self-expression, and this is where I fell in love with photography.