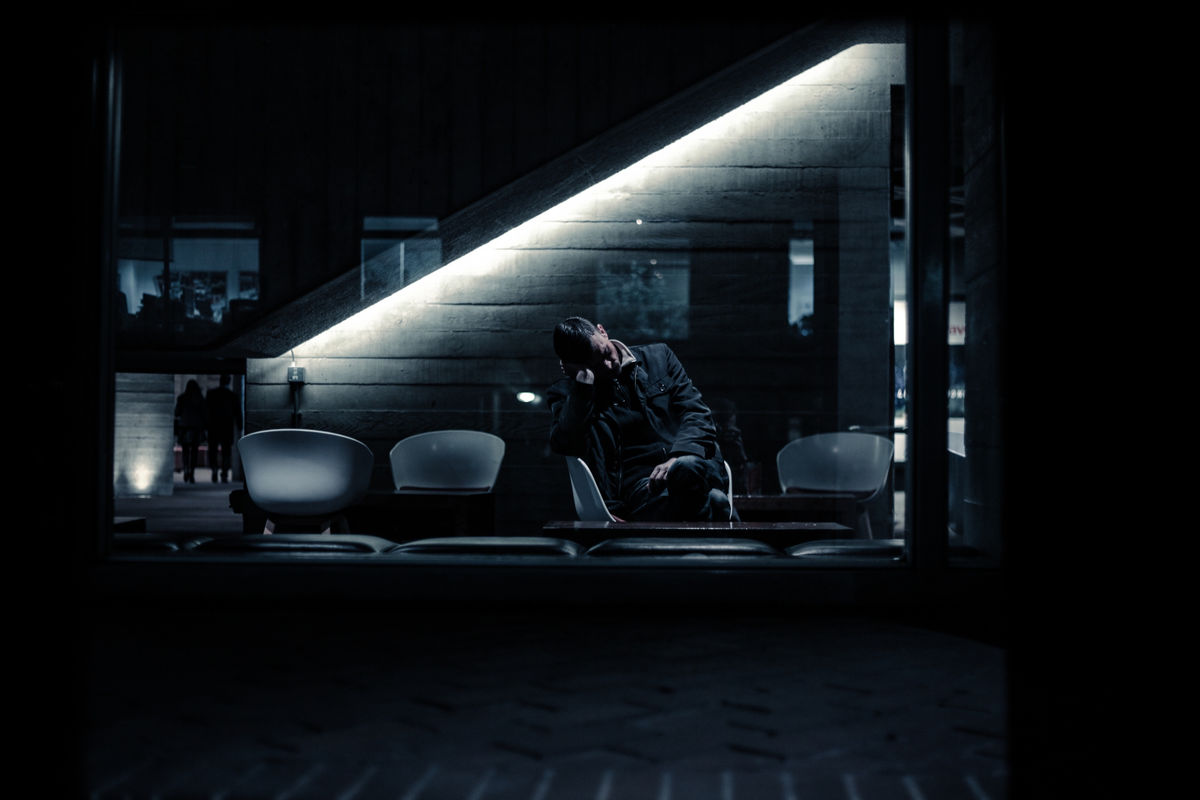 London After Dark | Especially in busy cities, we often avoid going outside in the dead of night, fearing the danger that’s associated with looming darkness. Even the places that are the most familiar to us transform into alternative realms, coated in ominous shadows and unsettling stillness. But while many people prefer to carry out their regular routine during the day, some stay restless at night, afflicted by insomnia or strange sleeping patterns solidified by an abnormal routine.
For photographer Edo Zollo, the nighttime streets of London are the industrial backdrop for his interesting take on a classic genre. When the busy city’s hustle and bustle heads in for the night, a cool aura of solitude blankets the city, allowing him to fill his hours of insomnia with photographs of London’s overlooked architecture and structure, as well as solo passersby. By focusing on harsh lines and artificial city glow, Zollo’s images seem like striking stills from an impressive film.

BIO | Edo Zollo is this year winner of the British Photography Award from London, UK. He focuses on street life, with London streets and events his main subject.