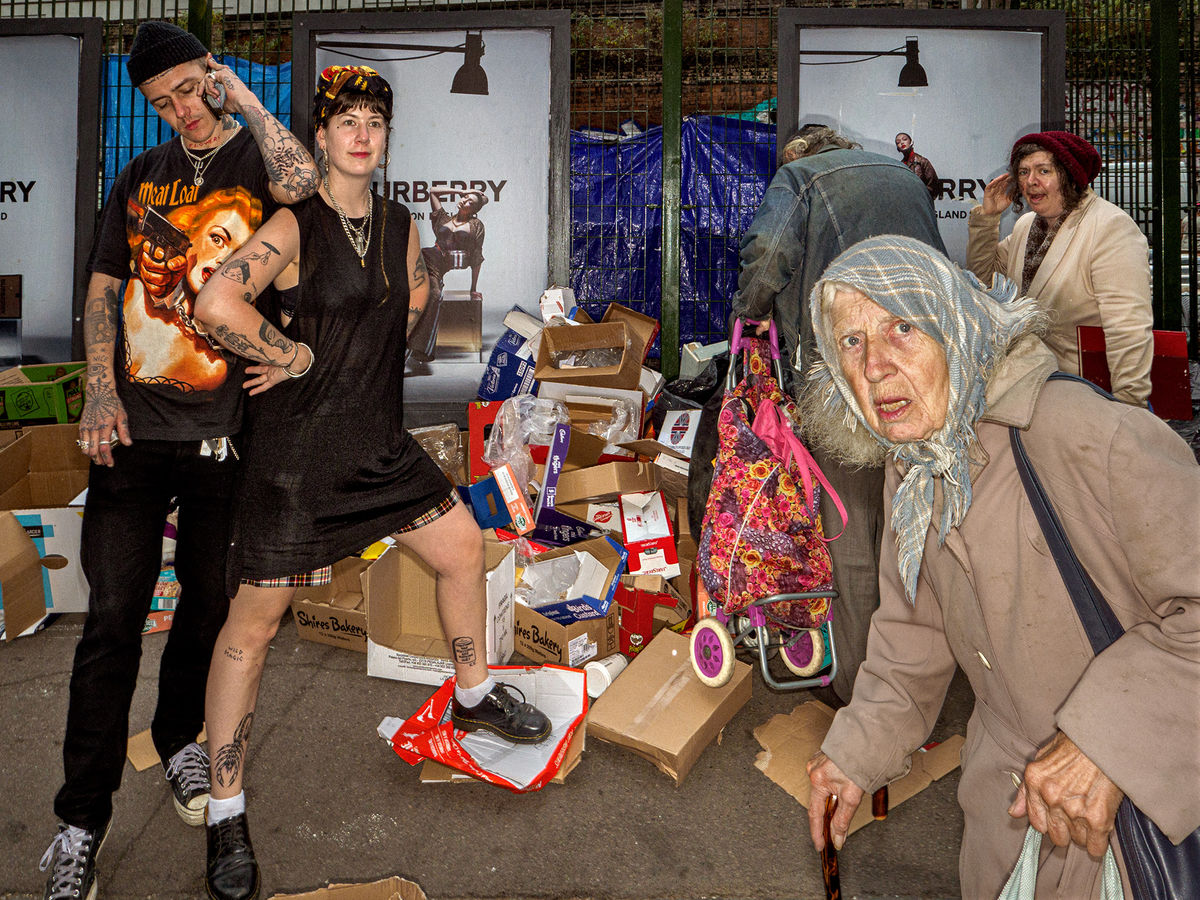 East Ended | East Ended reflects on gentrification and how this process triggers an ambiguous and often fraught relationship between freely expressed street art and commerce, public space and billboard, local community and global capital.
The transformation of London’s east end from urban decay to fashionable is the ultimate example of the power of street art to regenerate a neighbourhood to make it attractive to the emerging creative class.
Before it became a recognised art form, street art was called graffiti, a sign of decay that lowered property values. Fast forward to the transformation of London’s east end and it became cool. Seen as ‘gritty’ and ‘edgy’, street art generates interest in an area. Refashioned, and made acceptable, it transforms public space as areas become high-priced, trendy and desirable. Its ‘edge’ and sense of ‘authenticity’ become a means to speed up the gentrification process. But as property prices rise, the cost of living forces out both those artists, who created the art, as well as the local residents, who can no longer afford to live there. Never was this truer than in Shoreditch, where these images were shot– Brick Lane, Redchurch Street and Sclater Street – an open-air case of urban art, generating considerable tourism.
Once considered as spray-painted vandalism, graffiti now appears in galleries and museums worldwide. Artists, who were hooded, hidden and nocturnal, are out in the open, producing their work in broad daylight from cherry-picker platforms. Commissioned by corporate brands, such as Adidas and Gucci, they offer creative interventions into the urban landscape, images of coolness and affluence – murals destined to become instagrammable propaganda. You see every code of cool fashion and attitude, alongside scenes of poverty and people trading on the streets in anything but the cool. Gentrification has brought numbing sameness, yet look carefully and you’ll spot the cheeky protest posters – political critique to climate change rebellion – purposefully plastered over and defacing the ads, as if the voice of the streets is reclaiming its walls.
While this may sound like a familiar tune of the cyclic process of property decline and rebirth, what makes this project timely is the backdrop of the UK housing crisis, which has reached a critical point. In a subtle nod, glossy representations of affluence are undercoated with human stories, thus giving voice to the unheard: the forgotten local residents, on the one hand, and the emerging grassroots resistance, on the other. Each detail perceptively captured by the camera can be interpreted both as an art form and a call to arms.

BIO | Scottish photographer Dougie Wallace (Instagram @dougie_wallace) is internationally recognised for his long-term social documentary projects and a distinct direct style of expressive street photography. He has won prestigious awards, exhibited as a solo artist or in joint exhibits in world-renowned institutions and photographic festivals, authored a number of books, all critically acclaimed. London-based, his assignments and personal work take him around the world.