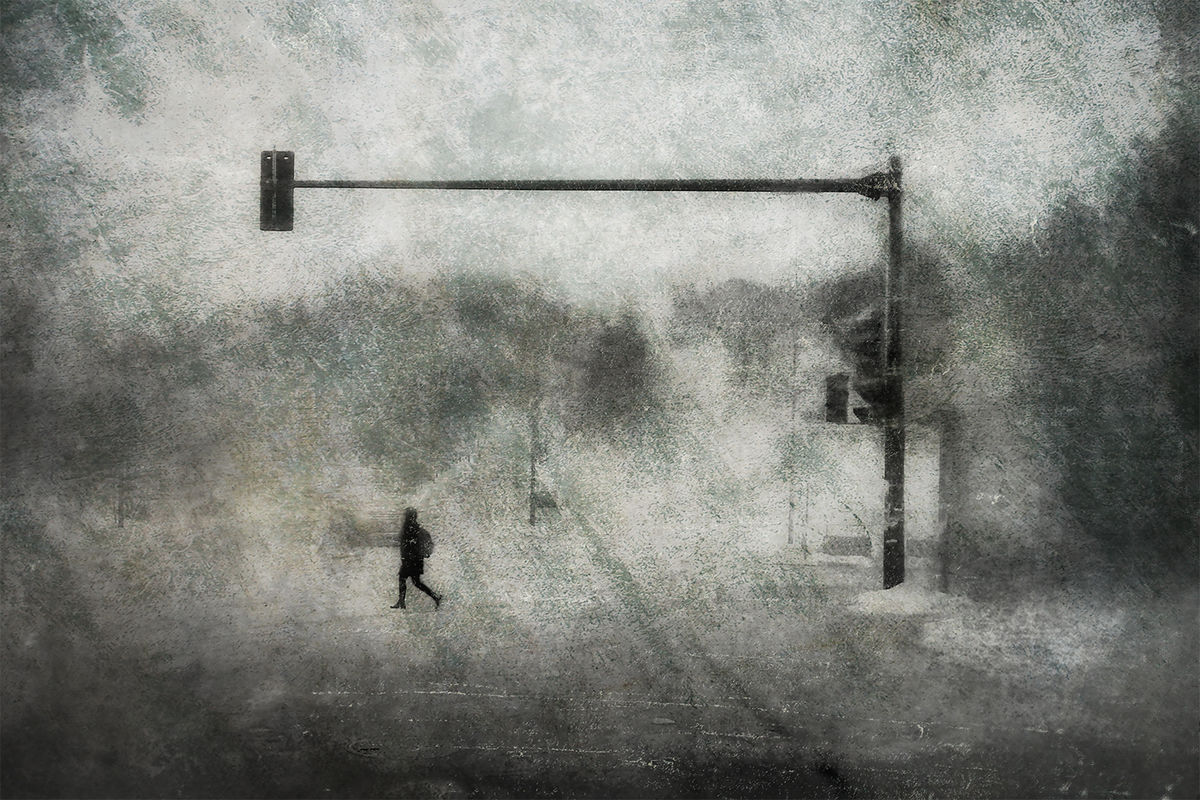 Quotidian Life. Based on my series “Quotidian Life”, I depict the simplicity of the urban life in a mysterious universe.

BIO | Montreal, Canada. I started photography in 1979. Living in a great city, I was naturally driven to street photography and depicting the quotidian life in its simplest form. When I started in this field of photography, I worked accordingly to the established standards of the style. At a certain point, I got bored of not being able to illustrate the mood of the “moment” in order to give a more authentic touch to my work. Audacious and challenging the rules, I began to process my imagery to make it a little more mysterious. This had the effect of combining simple moments of life with my state of mind, hence the name of my series “Quotidian Life”.
The quotidian life is more or less the same for all with a few variations. A part of my work as a photographer is to bring this daily life into a world of fantasy, something related to abstraction. This creates a duality, a paradox. The paradox of the ordinary life in a universe that exists only in one’s own imagination that can literally be anything but still being able to relate to.
For me, photography is a mode of expression in the same way as writing or playing music. Transmitting an emotion is the essence of my photographic work, bringing the viewer into a story. More specifically, to make the viewer travel in a world of reverie, leaving all the space to imagination.
Being a street photographer is above all playing a role in the urban life framework, contribute to its vivacity, its pace and almost belonging to a chaotic scenario. To me, street photography is more than a “picture making business“, it’s being part of a continuous theatrical sketch where I play the role of a silenced character.