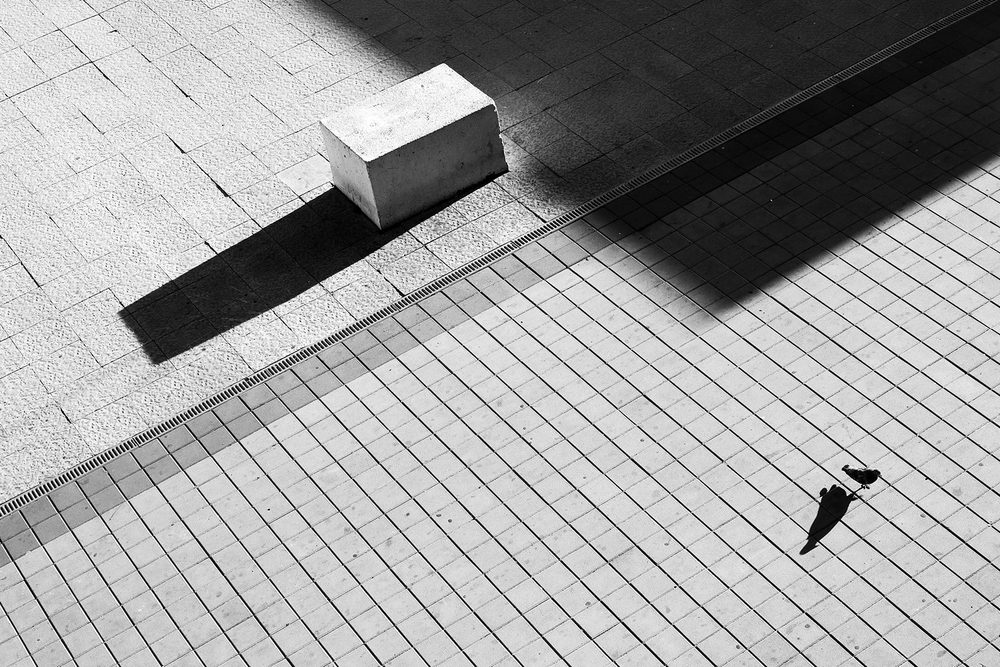 More or less humans. As mentioned in my very short “photo” portrait, nowadays, while the scene remains untouchable, in some of my photographs the humans simply don’t exist, literally and sometimes just scarcely. But that’s just a first impression. Even if humans are not present in flesh and blood in all my frames, the photographs are about them and are telling their story. Like in more classical street photographs, besides the moment itself, a note of humor, irony, sadness can be added in some street “still life” shots. While the half of the photographs here are part of a series I called “Humanless”, the humans are also present in them through their ”traces” or let’s say in spirit. Somehow through this series of photos, I returned in a way, to the beginnings of my photographic journey, when almost anything was good enough to be immortalized on the film or sensor. The subjects are closer than you would think. One has just to observe and … click!

Bio: This year I’ll be eleven years old in what photography concerns. As any novice I suppose, at first, almost anything was a potential subject. As time was passing by after many films rolled through my cameras and after watching many photographs made by others (photographers) I stopped to what I like most. And that is to catch the flying moment in a frame, a sort of time catcher. Street photography seemed the closest to what I was looking for and today I stick with it and its principles so that the moment should be kept unaltered. In the same way, I try to do my job as an event photographer besides my main job as an accountant.