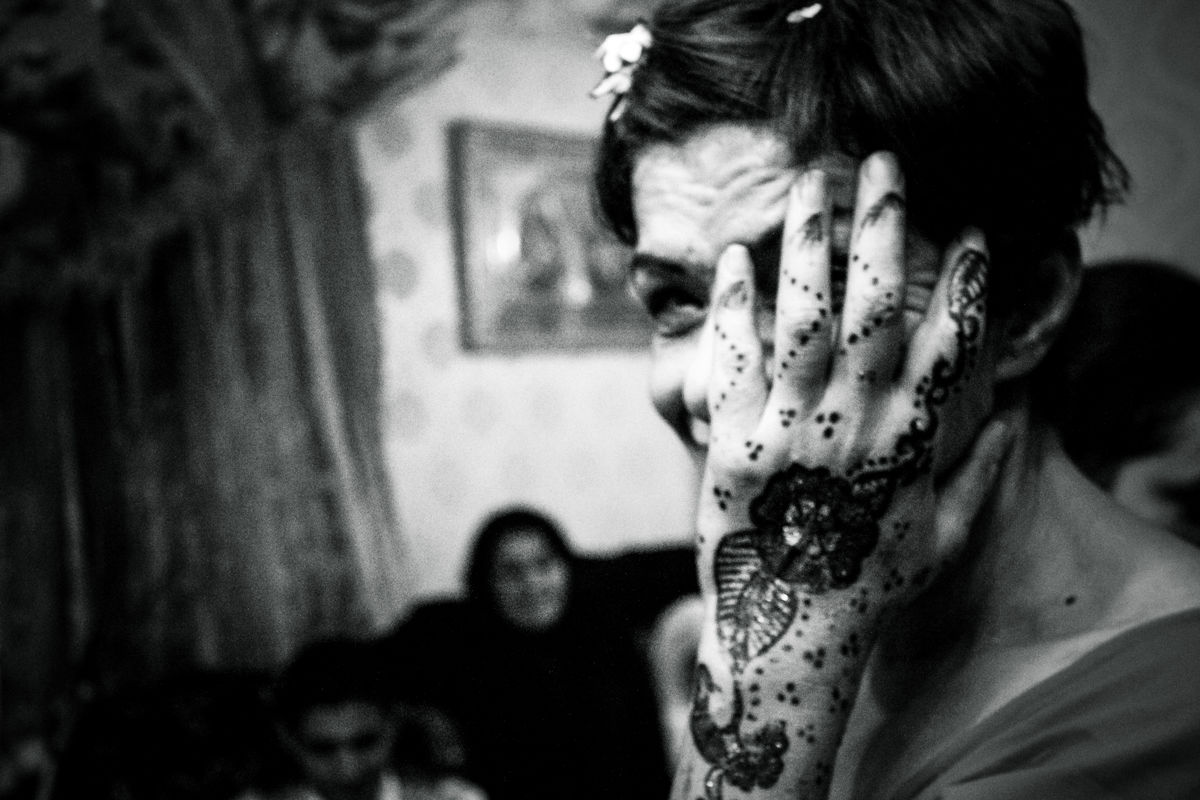 Battle of Algiers is referred to the battle symbol of 50-60s war, starting migratory flux from Algeria to France. An Algerian wedding of a very young couple in which guests and relatives show that there’s nothing warmer and joyful then the celebration of two families connecting each others in folklore, dancing and tradition. Currently about 200,000 Algerians live in Marseille, a city in which we can see a certain melancholy towards the land of origin and a feeling of resentment towards a part of the society agreeing with the sentence “they should go readapting elsewhere” pronounced in July 1962 by Gaston Deferre, former mayor of Marseille, in reference to Blackfoot, when the port of the city literally suffocated under the influx of returnees from Algeria.

Bio: Claudia is a young photographer from Naples (Italy) living in France.
She started to take pictures at 18yo, following demonstrations and protests, mostly in Italy and Spain. Her work deals especially with street photography and social reportage.
In 2011 she had her first reportage published in La Repubblica, showing the Indignados riot and clashes in Barcelona during what was called the Catalan Spring. In 2017 she is the winner of EnGENDERed contest and exhibited at International Photography Festival in Tel Aviv.
She is also shortlisted in World Nomad Travel Photography Scholarship 2017, and featured in Corriere del Mezzogiorno with the portrait of Viola Carofalo, Potere al Popolo national candidate.