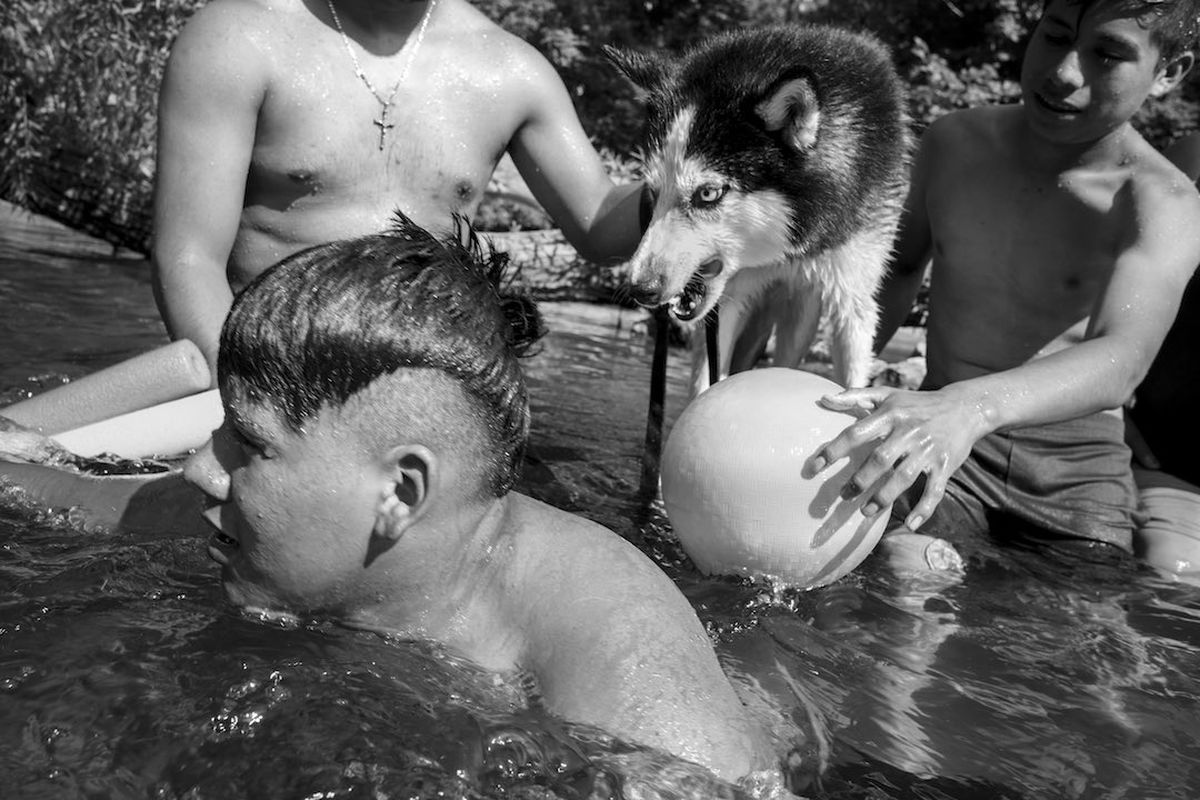 Down by the Hudson. I don’t know what post-industrial decline means. It is a vague notion in my head. Boarded-up homes, the husk of dead factories with broken windows and overgrown grass, businesses gone to seed. And the people? The people are missing in this picture of decay in my mind. When I first came to Poughkeepsie fifteen years ago, I was told by an academic that while there were pockets of prosperity in Hudson Valley, this town had suffered from post-industrial decline. I’m not a sociologist and I cannot say with certainty if such a statement is even true. But what draws me to Caleb Stein’s images is that he provides us the people missing from my mental picture. And what’s surprising about these images, no, what’s honest about them is that instead of people, we get faces. Individual lives. Their wealth of stories and secrets are shielded from us—mysteries that we cannot part—but we wonder and ask questions because that is what I think the photographer himself is doing. Hello? How are you? How is your day going? I imagine him asking this over and over again with the same people who then begin to treat him as a neighbor that he undoubtedly is. The photographer as everyman. On the street, in parks, and at the watering hole where we see that his eye is as clear as the water. Consider the remarkable image of the Prom Boy, a picture taken on the street on which I live. This image does fill me with wonder. Such a fine, even tender, mix of contradictions: the large flower in the buttonhole, the bandage on the nose, the slightly askew bowtie, the bruised eye, the stubbornly dignified gaze… I could go on. I don’t know whether I’m right or wrong in saying any of this about the young man. All I can be certain about is that this is what living is about, this tussle with the real, this strange encounter across divisions of race and class, in a rectangular visual space. This is life.
Text by Amitava Kumar

BIO | Caleb Stein (b. 1994, London) graduated from Vassar with an art history degree. He worked as a studio assistant to Magnum photographer Bruce Gilden from 2015-18. His work was a runner-up for the Burn Emerging Photographer Fund in 2017.