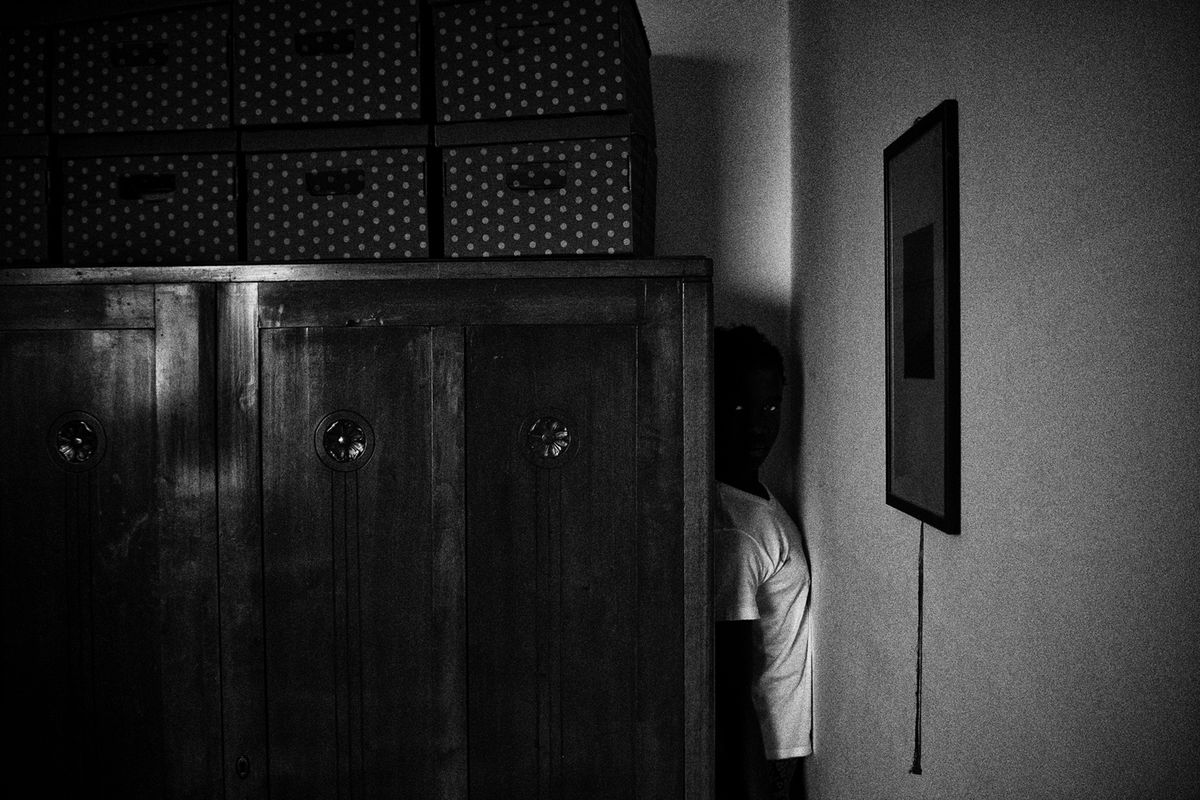 City Landscapes | is an ongoing project by Andrzej Pilichowski-Ragno: the pictures were taken from 90′ of the past century till today in different cities in Europe. The idea is to build an imaginary picture of a modern city — not a specific one — but, using the title of a famous book written by Italo Calvino, an “Invisible City”.
The concept of an ideal city – a model inducted by the idea of rationalism and functionality – is a negative point of reference: ‘I’m interested in space in a state of chaos, becoming, change, unpredictability. I have the impression that today’s reality cannot be described otherwise but as a piece, clipping, margin, which is overlooked’.
The city is not only space and people immersed in it. First of all, the city is a place of different moods – constantly changing, penetrating each other – nostalgic, tragic, joyous, funny, sometimes tragicomic.
‘I think, that all are equally important, all of them are building this strange universe which I try to capture in my pictures. Therefore, I’m trying to follow this volatility, without imposing restrictions on the choice of one particular aspect of the presented reality’.

BIO | Andrzej Pilichowski-Ragno. Photographer, children book illustrator. Born in Rome in 1967, lives and works in Krakow. He earned a liberal arts degree at the Jagiellonian University in Krakow, where he later lectured on literary theory for several years. Pilichowski – Ragno studied photography ) at the Academy of Fine Art in Krakow. For 20 years he has been working as a photographer and an active member of ZPAF (Zwiazek Polskich Artystów Fotografików – the association of Polish fine art photographers). Now he is a professor of photography at Cracow University of Technology, he had courses and laboratory of photography in different art school in Cracow.
The “City landscapes” appears the most important in artist’s oeuvre although there are the definable projects, recently exhibited : „Świetni czterdziestoletni” (“Magnificent 40years old”) 44 portraits of people related with Cracow’s culture, exhibition 2012 in Olimpia Galery in Cracow and 2013 in Konsulart, Gallery of the Consulate General of Germany in Cracow. In 2013 he was exhibited at Paris Photo by Galerie Conrads from Dusseldorf.