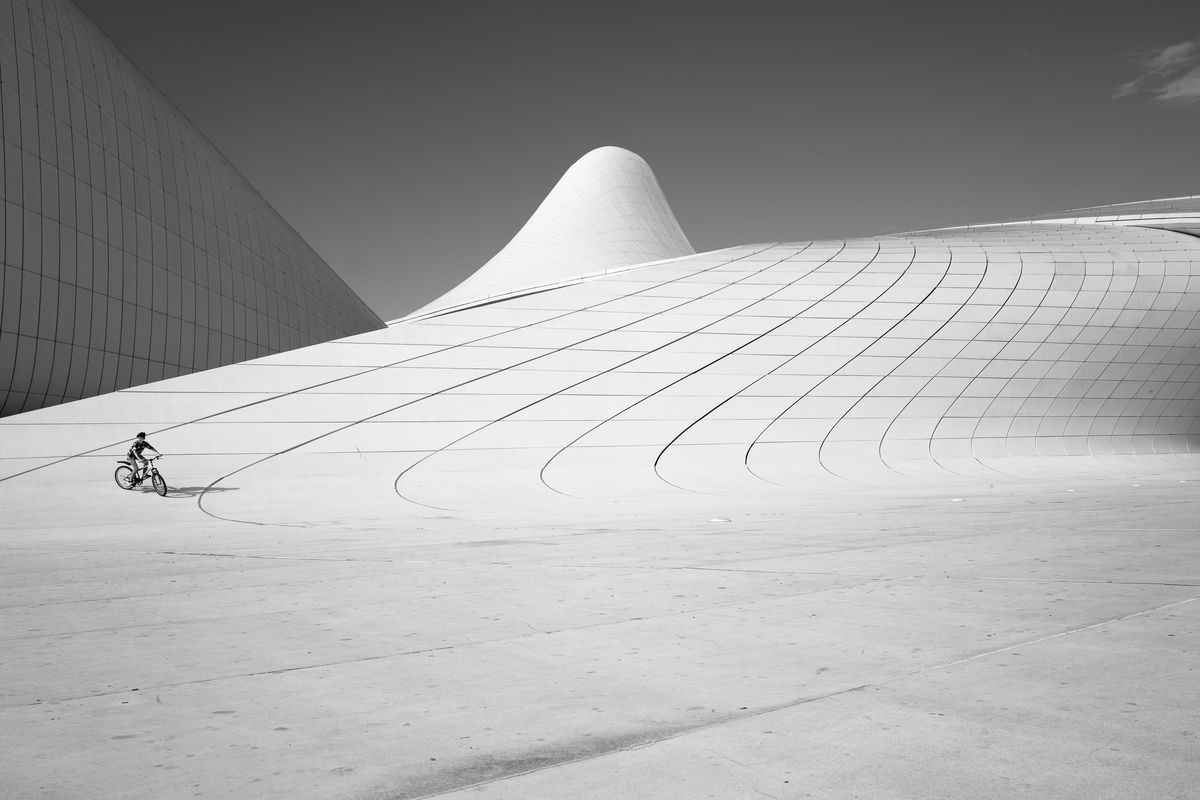 Baku, Azerbaijan. For the last few years, I have been working on a project titled “Street photography spotlight on Baku, Azerbaijan”. This project started as a challenge. A friend and photographer based in Baku once told me that there were no opportunities for him to do street photography there. He said Baku was too boring to shoot streets and that he had to go somewhere else like London or Amsterdam for that. I decided to prove him wrong. My friend was not alone in his opinion. For photographers in many countries, street photography is still something exotic. They believe they can only go to major cities like New York, London or Delhi to shoot streets. I disagree. There is no need to be on Fifth Avenue or travel all the way to Varanasi to create art on the streets. I want to inspire street photographers around the world to go out and shoot their home cities, towns or wherever they happen to live.
I am from Southern Russia originally, and grew up just over the border from Azerbaijan, very close to Baku. I love that country, it’s culture, and people very much. So what started as a challenge turned into something bigger than that. I realized that I could use my photographs as an opportunity to introduce this beautiful and diverse city to a global audience. My project shows viewers how unusual and even mysterious Baku can be. In the same way, I believe that any photographer can share their cities, towns, regions, and cultures with people the world over. All we have to do is to go out and shoot.

BIO | Andrey Glazkov is a street photographer based in Los Angeles, California. He believes that the world we’ve been creating around us deserves to be documented. His work attempts to capture the extraordinary in ordinary looking moments of everyday life. He works in both color and black and white and uses a unique mix of noir and minimalism to achieve his creative goals. The intention of his work is to prevent fragile life moments from disappearing, discover unexpected beauty in daily routine, and inspire people to stop for a second to witness that beauty in their lives.