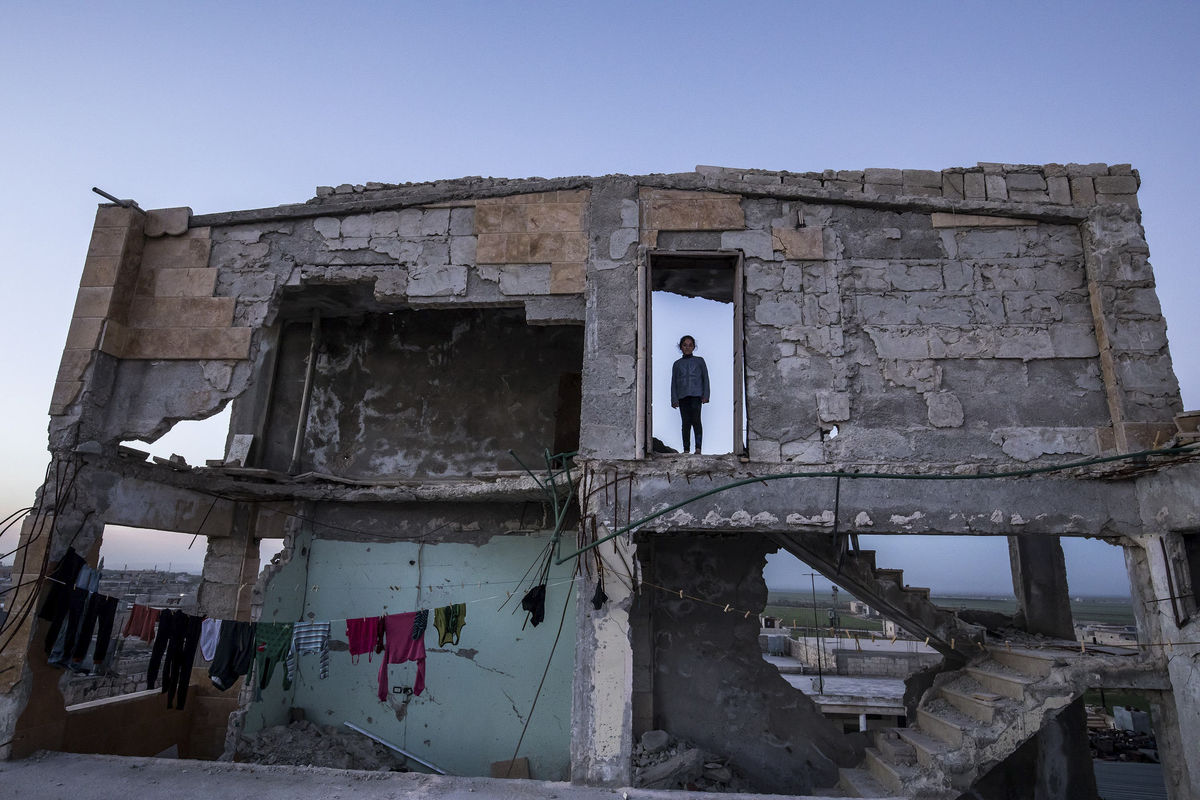 Storytelling, photography and conflict | Photos by Afshin Ismaeli focuses on the relationship between storytelling, photography and conflict, during armed conflicts in Iraq and Syria against the so-called Islamic State (IS), and also in the aftermath of the fighting. War photography is not about adventure-seeking, but about accurately showing realities of armed conflicts on the ground and the feelings of people affected by war.
War caused immense pain and grief for people in the region. It’s difficult to find a person who did not lose a member of her/his family. Civilians have – as usual – been the main victims of war.
These images of those people in these conflicts were taken in towns, villages and refugee camps in Iraq and Syria between 2017 and 2019. ‘My work aims to show the suffering of the civilian population in a modern war and to bring the reality of war. Many of the images show children who still have big hopes and dreams despite having their lives destroyed by war’.

BIO | Afshin Ismaeli, born in 1985, is a journalist and war photographer who graduated with a master degree in journalism from the University of Oslo.